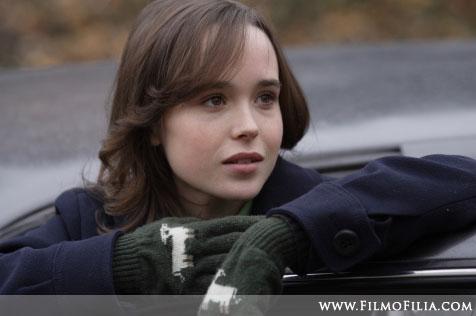 Take first glance at Miramax Films’ latest film Smart People, In theaters on April 11, 2008, this film features an all-star cast of Dennis Quaid, Sarah Jessica Parker, Thomas Haden Church, and Ellen Page. Smart People also recently premiered at The Sundance Film Festival this past Sunday. Professor Lawrence Wetherhold (Dennis Quaid) is imperiously brilliant, monumentally self-possessed and an intellectual giant – but when it comes to solving the problems of love and family, he’s as downright flummoxed as the next guy. His teenaged daughter (Ellen Page) is an acid-tongued overachiever who follows all too closely in dad’s misery-loving footsteps, and his adopted, preposterously ne’er-do-well brother (Thomas Haden Church) has perfected the art of freeloading.  A widower who can’t seem to find passion in anything anymore, not even the Victorian Literature in which he’s an expert, it seems Lawrence is sleepwalking through a very stunted middle age. When his brother shows up unexpectedly for an extended stay at just about the same time as he accidentally encounters his former student Janet (Sarah Jessica Parker), the circumstances cause him to stir from his deep, deep freeze, with often comical, sometimes heartbreaking, consequences for himself and everyone around him. Clip 1: merry christmas  Clip 2: win win situation Clip 3: your essay
Continue Reading
Advertisement
You may also like...
Related Topics:

Vin Diesel Talks About ‘Fast And The Furious 4’
The Mummy: Tomb of the Dragon Emperor, Movie Stills
Advertisement