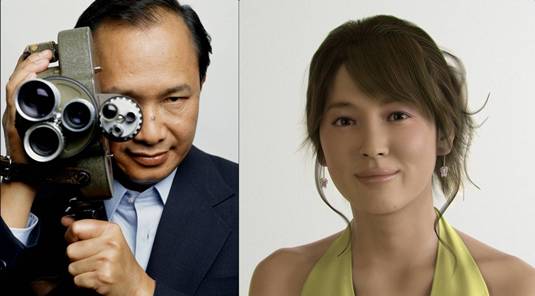 South Korean model and actress Song Hye-kyo is set to star in celebrated Chinese director John Woo’s upcoming epic love story film Love and Let Love, due to her local agency. Described as arguably the most influential director making movies today, Woo previously announced Song’s casting in his wartime romance Pacific Round of 1949, but the project was cancelled. Now, the project which focuses on a woman in the aftermath of World War II, and during the Chinese Civil War is ready to go again, but with a new title. Song will star as a wealthy, driven woman in Shanghai who lives through that time. Love and Let Love will also star Chinese heavyweights Zhang Ziyi and Chang Chen. Considered one of Korea’s most beautiful women Song recently won the first film award of her acting career for her role as the grieving filmmaker in this year’s somber drama A Reason to Live. Recognized for his stylised films of highly choreographed action sequences and use of slow-motion, Love and Let Love sounds like a more romantic tale than we’re used to from Woo. With filming set to start in January, Love and Let Love could see a Chinese release before the end of2012, with the world premiere for a year or two yet. Watch one of the most notable Woo’s movies, Red Cliff an epic war film based on the Battle of Red Cliffs, which also stars Chang Chen. [youtube]http://www.youtube.com/watch?v=z3qIXQCHf94[/youtube]