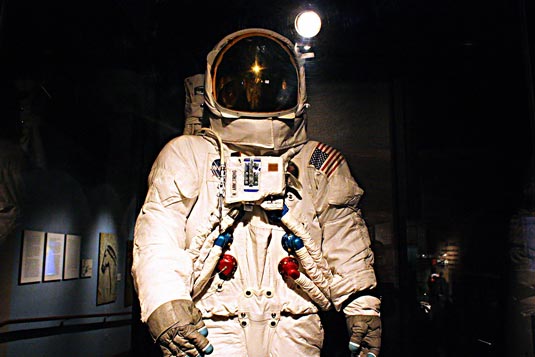 All the skyguys across the globe, this one sounds like it would be interesting for you!

According to Deadline, Warner Bros. is developing a film called Spacesuit, which is based on the true story of the development of the first spacesuit created and used by NASA. They’ve hired Richard Cordiner to adapt the script from the book by Nicholas de Monchaux.

Here is some information on the book and the writer:

This tells the true story of the unsung heroes of the Apollo space program — a team of bra and girdle designers from Playtex who successfully built the iconic spacesuit that enabled Neil Armstrong and Buzz Aldrin to walk on the moon. This improbable band of outsiders — led by a former TV repairman, a car mechanic, and their crew of spirited seamstresses — accomplished what all the aerospace giants couldn’t. It’s a long way from the shop door of Playtex to the surface of the moon, and this incredible story tracks how it happened.

Cordiner works in advertising in San Francisco, but things changed when his script The Shark Is Not Working circulated.

Not that much is known about Cordiner, but WB has faith in his abilities. And what do you think about Spacesuit and the entire idea?