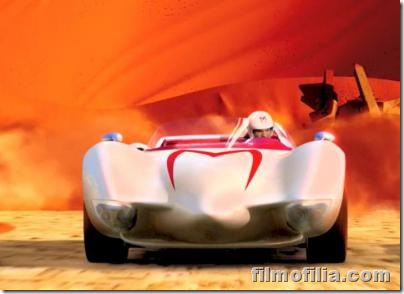 Speed Racer is a movie for the entire family that will come out in 2008. It is a live action film adaptation of the Japanese animated series Speed Racer from the 1960’s. The movie is directed by the Wachowski brothers with Emile Hirsch as Speed and Christina Ricci as Speed’s girlfriend, Trixie. Susan Sarandon and John Goodman portray Speed’s parents. And I bet you can’t wait to see it once you have seen the trailer for Speed Racer. Speed Racer Trailer [youtube]http://www.youtube.com/watch?v=ehpxIrCNiVI[/youtube]
Continue Reading
Advertisement
You may also like...
Related Topics:John Goodman, Speed Racer, Susan Sarandon