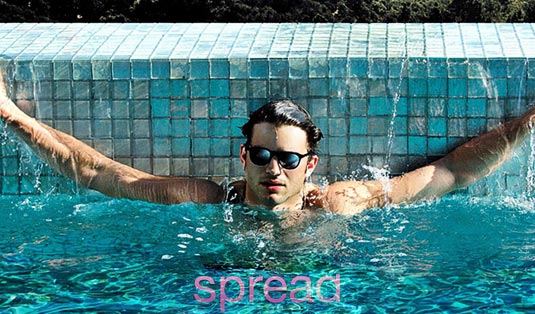 Check out the movie trailer for “Spread,” starring Ashton Kutcher, Anne Heche, Margarita Levieva, Sebastian Stan, Sonia Rockwell, Maria Conchita Alonso and Hart Bochner. Synopsis: “Spread” is a fresh, funny and racy look at the trials and tribulations of sleeping your way to a life of privilege in Los Angeles. Comic and karmic, the film is an “immorality tale” about a gorgeous guy who gives women what they want in order to live exactly as he likes. In “Spread,” Nikki (Ashton Kutcher) isn’t a gigolo. He’s a sexual grifter and a fun-loving, freeloading hipster who understands his greatest assets are his looks and sexual prowess, which he uses to charm his way into the hearts of the city’s richest women while enjoying their lifestyle. Nikki gets a free place to live, fantastic gifts, “A”-list access and plenty of sex. The women get to feel young, beautiful and utterly fulfilled in the bedroom. It’s a mutually beneficial situation. Nikki’s latest conquest is Samantha (Anne Heche): a stunning middle-aged lawyer who gives him more than he’s ever had before. But then he meets a gorgeous waitress his own age named Heather (Margarita Levieva). She comes to visit Nikki at Samantha’s house while Samantha is out of town, sees what an incredible place it is and comes to the mistaken conclusion it’s his. Unbeknownst to Nikki, Heather lives by playing the same game.

“Spread” is directed by David Mackenzie (Young Adam, Asylum, Hallam Foe) and is scheduled to hit theaters on August 14th, in limited release. UPDATE: July 30, 2009 On behalf of Anchor Bay Films we are excited to share the launch of thrillist.com‘s contest for the upcoming racy comedy “Spread” You can enter to win a trip to the LA Premiere, see Ashton Kutcher and attend an advanced screening of the film. Feel free to check out the link below for more details and to share this with your readers! Thrillist Contest – SPREAD : http://www.thrillist.com/spread