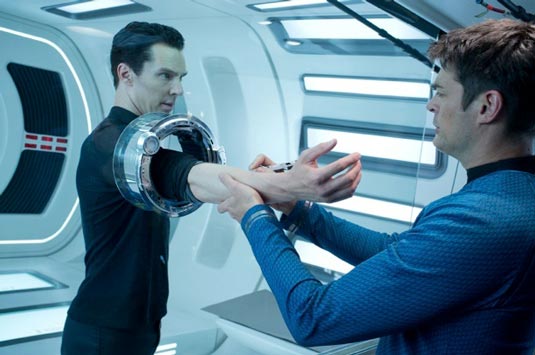 After we posted yesterday a clip and an Audi ad and photos before that, MTV has released a new clip from J.J. Abrams‘ Star Trek Into Darkness, titled “Into the Volcano”, which you can watch below: Synopsis:

And since the hype for this film is so big, here’s an interesting little 8-bit poster by Jesse Eisemann – don’t forget to click on the image to ‘see the magic’: