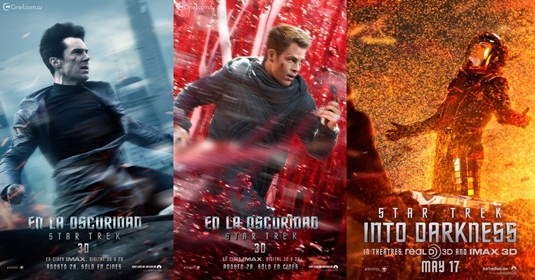 Paramount is wasting no time as the clock ticks down to the launch date of sci-fi epic Star Trek Into Darkness. Two new international one-sheets have arrived. Featuring fluffy-haired Benedict Cumberbatch‘s John Harrison and Chris Pine‘s James T. Kirk running through the red wood, these posters are teasing the arrival of a new trailer for J.J. Abrams‘ sequel, which is set to debut on Tuesday. There’s also Zachary Quinto‘s Spock in the middle of a volcano. The mutch-anticipated sequel co-stars Zoe Saldana, Karl Urban, John Cho, Bruce Greenwood, Simon Pegg, Anton Yelchin, Alice Eve and Peter Weller. The film opens in IMAX 3D on May 15th and in 3D and 2D on May 17th. Check out all the new goodies we’ve got in our store and don’t forget about tomorrow! 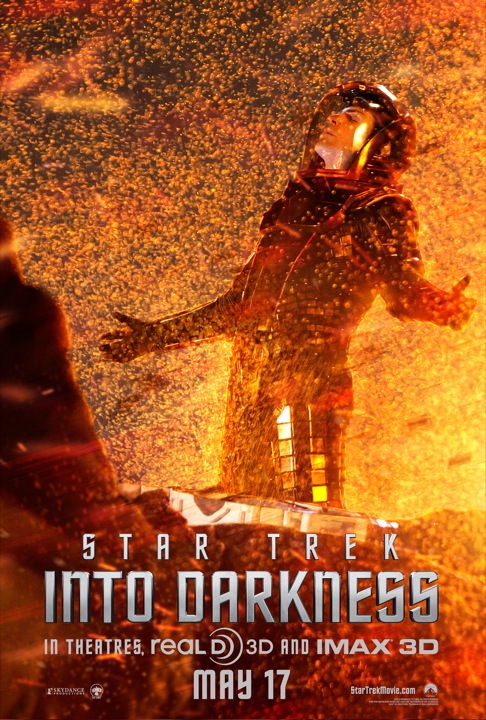