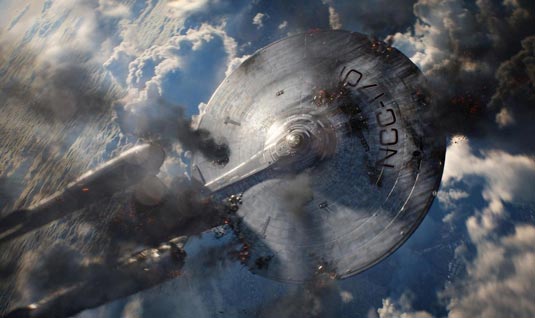 Star Trek Into Darkness‘ viral site, AreYouThe1701.com, has revealed two new stills from the upcoming J.J. Abrams sequel along with a featurette that includes insight from Abrams himself, thanks to ComingSoon. We also offer you, after yesterday’s goodies, a promo pic (or poster, whichever it is) posted on Twitter by Paramount UK. Check it all out below!