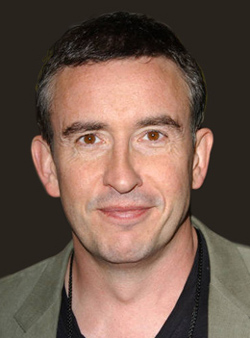 Few days ago we reported that Jesse Peretz‘s upcoming comedy titled My Idiot Brother is currently filming in New York. This project already includes pretty interesting cast: Hugh Dancy, Kathryn Hahn, Shirley Knight, Janet Montgomery, Paul Rudd, Elizabeth Banks, Zooey Deschanel, Rashida Jones, Adam Scott and Emily Mortimer. But today, we’re here to add another name to this list, because Steve Coogan has signed on to co-star in this comedy as well… The film, already described as “a comedy about family and the sacrifices it takes to deal with them” revolves around struggling idealist (Rudd) that stays at the homes of his three more successful and ambitious sisters (Banks, Deschanel, Mortimer) and brings truth, happiness and a sunny disposition into their lives. He wreaks havoc, while dealing with their overbearing mother. The mother was the last major part to be cast and she will be played by Shirley Knight. Dancy and Montgomery will play acquaintances of the sisters while Hahn will play Rudd’s ex-girlfriend. Coogan will play a “self-righteous documentary film-maker” caught up in Rudd’s shenanigans. My Idiot Brother is a story written by Evgenia Peretz and David Schisgall, and it’s being produced by Bregman, Saraf and Turtletaub for their respective companies, with Caroline Jaczko, Stefanie Azpiazu and Aleen Keshishian as executive producers. My Idiot Brother is set to appear in cinemas in 2012.
Continue Reading
Advertisement
You may also like...
Related Topics:Adam Scott, Elizabeth Banks, Emily Mortimer, Hugh Dancy, Kathryn Hahn, Our Idiot Brother, Paul Rudd, Rashida Jones, Shirley Knight, steve coogan, Zooey Deschanel