Three years past his divorce, veteran novelist Bill Borgens (Kinnear) can’t stop obsessing over, let alone spying on, his ex-wife Erica (Connelly), who ignominiously left him for another man. Even as his neighbor-with-benefits, Tricia (Bell) tries to push him back into the dating pool, he remains blind to anyone else’s charms. Meanwhile, his fiercely independent collegiate daughter Samantha (Lily Collins) is publishing her first novel while recoiling at the very thought of first love with a diehard romantic (Lerman); and his teen son Rusty (Wolff) is trying to find his voice, both as a fantasy writer and as the unexpected boyfriend of a dream girl with unsettlingly real problems. As each of these situations mounts into a tangled trio of romantic holiday crises, it brings the Borgens to surprising revelations about how endings become beginnings.

The film that used to be called Stuck in Love, then they changed it to The Writers and now it’s back to Stuck in Love will hit theaters in limited release on June 14th, 2013. Regardless, there’s a new trailer and the new poster. 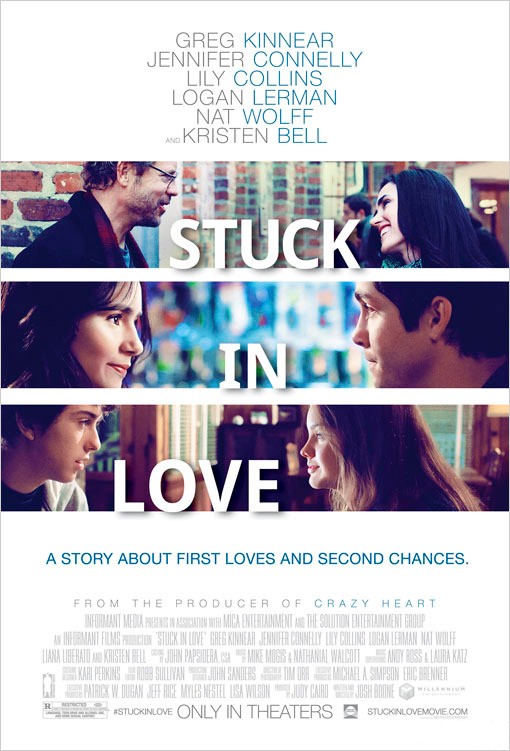