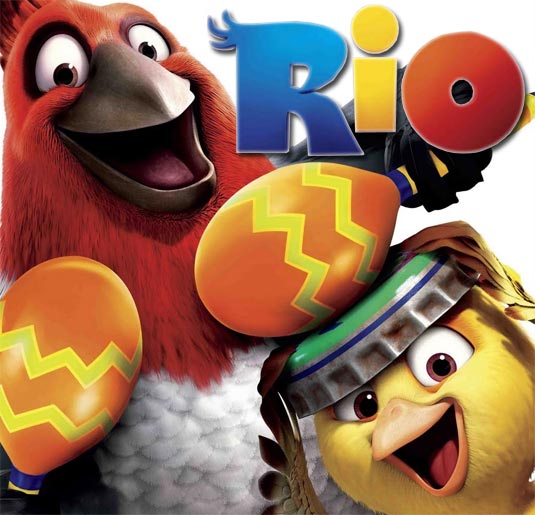 This Sunday, Twentieth Century Fox’s upcoming animated motion picture event Rio will make Super Bowl commercial history, when the 30-second Rio spot becomes the first-ever to air with an embedded code. Super Bowl fans in the United States watching Rio’s new commercial spot are invited to find the frame with the embedded code that will in turn direct them to a special level on Angry Birds, Rovio’s blockbuster game, which recently entered into a first-of-its kind partnership with Rio. That level will take you to a Rio sweepstakes. The sweepstakes winner will attend Rio’s world premiere in Rio de Janeiro on March 22. That same day, Fox and Rovio launch the highly anticipated “Angry Birds Rio” app. The spot will be available across the web, including YouTube.com/Rio, after the Super Bowl. About Rio From the makers of the hit Ice Age series, Rio is a comedy-adventure, in 3D, about taking a walk on the wild side. Blu is a domesticated Macaw who never learned to fly, living a comfortable life with his owner and best friend Linda in the small town of Moose Lake, Minnesota. Blu and Linda think he’s the last of his kind, but when they learn about another Macaw who lives in Rio de Janeiro, they head to the faraway and exotic land to find Jewel, Blu’s female counterpart. Not long after they arrive, Blu and Jewel are kidnapped by a group of bungling animal smugglers. With the help of street smart Jewel, and a group of wise-cracking and smooth-talking city birds, Blu escapes. Now, with his new friends by his side, Blu will have to find the courage to learn to fly, thwart the kidnappers who are hot on their trail, and return to Linda, the best friend a bird ever had.   Rio, directed by Carlos Saldanha, comes to theaters April 15th, 2011 and stars Anne Hathaway, Neil Patrick Harris, Rodrigo Santoro, Carlos Ponce, Jake T. Austin, Kate del Castillo, Bernardo de Paula. [youtube]http://www.youtube.com/watch?v=-7gIpfrQdAI[/youtube]
Continue Reading
Advertisement
You may also like...
Related Topics:Anne Hathaway, Carlos Saldanha, Neil Patrick Harris, Rio, Super Bowl