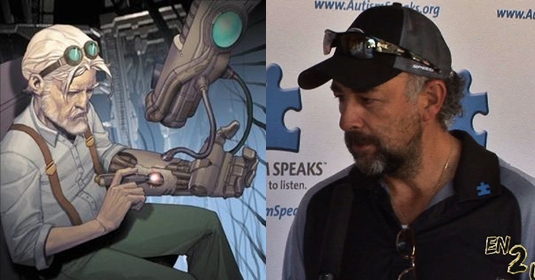 Luckily there is still room for a bit of extra casting on Zack Snyder’s Superman franchise reboot, Man Of Steel as The West Wing alum Richard Schiff has signed up to play Doctor Hamilton in the movie. Despite the fact that Snyder and his crew have been shooting on Superman update Man Of Steel for several months now. Richard Schiff, probably best known for his role as top grouch Toby Ziegler on The West Wing was last seen in Johnny English Reborn. He has just signed on to play either a scientist who helps Supes (Henry Cavill) fight evil or a man who considers the hero to be something of a menace and finds ways to stop him, depending on which storyline in the Superman comics you check out. In Superman Returns, e.g. Hamilton was portrayed as one of a villainous henchman to Kevin Spacey’s Lex Luthor, played by Kal Penn so it remains to be seen which version of Hamilton Schiff will be embodying. It’s possible he could afford to take both – a helpful guy this time and a future villain in any possible sequel, or reverse. Alongside Cavill and Schiff, Steel’s cast includes Amy Adams, Michael Shannon, Kevin Costner, Diane Lane, Laurence Fishburne,Antje Traue, Harry Lennix, Ayelet Zurer, Christopher Meloni, and Russell Crowe. Man of Steel comes to theaters June 14th, 2013, so firstly, hit the jump for the Hamilton’s character bio:

A former employee of S.T.A.R. Labs and the US Government, it transpired he had been driven insane when all his research was bought up by Lex Luthor, who took credit for the inventions. He was placed in a mental health facility and responded well to treatment. On his release, he set up a laboratory in Suicide Slum and quickly became Superman’s “scientific adviser”, eking out a general living as a technical consultant. He was responsible for creating many devices that aided Superman, including the Phantom Zone Projector and early Superman Robots, as well as helping Superman during such problems as the ‘Krisis of the Krimson Kryptonite’, when Red Kryptonite created by Mister Mxyzptlk shut down Superman’s powers; until Superman’s powers were restored, Hamilton provided him with various machinery such as a force field belt and an armored suit to allow him to continue as a hero.

And after DC Comics database here’s the plot synopsis we have for Man of Steel:

He has also theorized about how Superman’s Kryptonian biology works, and deduced the best way to defeat villains based on analysis of their powers. He lost an arm during the Fall of Metropolis, but replaced it with a self-designed cybernetic prosthesis. In the pantheon of superheroes, Superman is the most recognized and revered character of all time. Clark Kent/Kal-El (Cavill) is a young twentysomething journalist who feels alienated by powers beyond anyone’s imagination. Transported to Earth years ago from Krypton, an advanced alien planet, Clark struggles with the ultimate question – Why am I here? Shaped by the values of his adoptive parents Martha (Lane) and Jonathan Kent (Costner), Clark soon discovers that having super abilities means making very difficult decisions. But when the world needs stability the most, it comes under attack. Will his abilities be used to maintain peace or ultimately used to divide and conquer? Clark must become the hero known as ‘Superman,’ not only to shine as the world’s last beacon of hope but to protect the ones he loves. 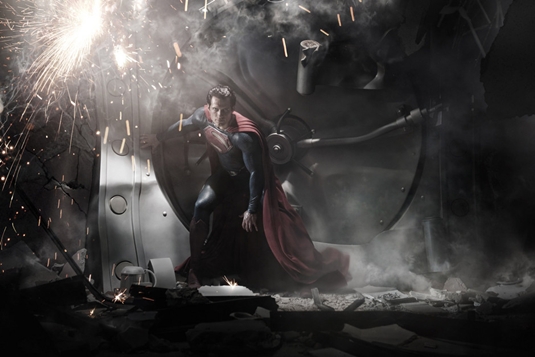