Taking Woodstock is the new film from Academy Award-winning director Ang Lee – and it’s a trip! Based on the memoirs of Elliot Tiber, the comedy stars Demetri Martin as Elliot, who inadvertently played a role in making 1969’s Woodstock Music and Arts Festival into the famed happening it was. Featuring a standout ensemble cast, and songs from a score of ’60s musical icons including The Grateful Dead, The Doors, Jefferson Airplane, and Country Joe and the Fish – plus a new recording of “Freedom” from Richie Havens – Taking Woodstock is a joyous voyage to a moment in time when everything seemed possible. Synopsis: Working as an interior designer in Greenwich Village, Elliot feels empowered by the gay rights movement. But he is also still staked to the family business – a dumpy Catskills motel called the El Monaco that is being run into the ground by his overbearing parents, Jake and Sonia Teichberg (Henry Goodman and Imelda Staunton). In the summer of 1969, Elliot has to move back upstate to the El Monaco in order to help save the motel from being taken over by the bank. Upon hearing that a planned music and arts festival has lost its permit from the neighboring town of Wallkill, NY, Elliot calls producer Michael Lang (Jonathan Groff) at Woodstock Ventures to offer his family’s motel to the promoters and generate some much-needed business. Elliot also introduces Lang to his neighbor Max Yasgur (Eugene Levy), who operates a 600-acre dairy farm down the road. Soon the Woodstock staff is moving into the El Monaco – and half a million people are on their way to Yasgur’s farm for “3 days of Peace & Music in White Lake.”

(left to right) Kelly Garner, Demetri Martin and Paul Dano With a little help from his friends, including theater troupe leader Devon (Dan Fogler), recently returned Vietnam veteran Billy (Emile Hirsch), and cross-dressing ex-Marine Vilma (Liev Schreiber) – and with a little opposition from townspeople, including Billy’s brother Dan (Jeffrey Dean Morgan) – Elliot finds himself swept up in a generation-defining experience that would change his life – and popular culture – forever.

Director Ang Lee (right) with actor Emile Hirsch on the set of Taking Woodstock Director Ang Lee started his career with the Chinese-language art house hits “The Wedding Banquet” and “Eat Drink Man Woman.” He has since helmed a variety of well-received, award-winning features in English, including the 2005 romantic drama “Brokeback Mountain,” for which he won an Oscar for Best Director. 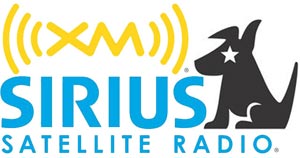 SIRIUS XM Radio announced today that it will launch The Woodstock Channel to celebrate the 40th anniversary of the Woodstock Music & Art Fair held at Max Yasgur’s farm in Bethel, New York in 1969.

The Woodstock Channel will launch on Friday, August 14, at 12:00 pm ET and air through Sunday, August 16 on Deep Tracks, SIRIUS channel 16 and XM channel 40, and will be devoted to the historic music festival featuring music, interviews and memories from the artists who were there, including Graham Nash, Leslie West, Arlo Guthrie, The Band, Creedence Clearwater Revival and Joe Cocker. SIRIUS XM listeners will hear music from artists in the exact order that they performed at the festival each day — beginning with Richie Havens and ending with Jimi Hendrix. The Woodstock Channel will also feature complete performances from Santana, Janis Joplin, Sly & The Family Stone, Johnny Winter and Jefferson Airplane as they happened at the original 1969 festival. These five performances are featured on the new Woodstock Experience CDs, available now from Legacy Recordings. During the limited-run channel, listeners will hear content from Woodstock – 40 Years On: Back To Yasgur’s Farm, the new 6-CD boxed set to be released on August 11 by Rhino Entertainment, featuring the most comprehensive collection of artists that performed at the original festival, showcasing 38 previously unreleased recordings, including Grateful Dead, The Who, Country Joe & The Fish and others. Listeners will also hear exclusive interviews with the stars and filmmakers of “Taking Woodstock.”  Additionally, the limited-run channel will feature tracks from the Taking Woodstock Original Motion Picture Soundtrack, set to be released on August 25 by Rhino Entertainment. The Focus Features movie opens in theaters in New York and Los Angeles on Wednesday, August 26 and nationwide on Friday, August 28.