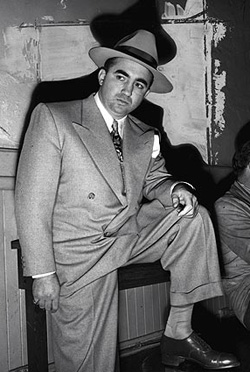 Gangsters again! But this time, we’re here for a little bit different story, the one with the title Tales from the Gangster Squad, already being described as “an action movie conceived as an ensemble piece for a group of top-level actors.” Of course, it’s too early to talk about the possible cast, but if you’re interested in this kind of stories, you should definitely check out the rest of this report. The film is “based on a series of 2008 articles in the Los Angeles Times by Paul Lieberman, and examines an LAPD unit that’s set up in the 1940s to fend off the growing influence of the East Coast Mafia in the city. The police group becomes very powerful, the battles with the Mafia escalate, and mayhem and betrayals ensue.” But what’s also interesting is the fact that “more than 100 people involved with the squad were interviewed for the series, including attorneys for L.A. mobsters Bugsy Siegel and Mickey Cohen and two former members of Cohen’s entourage, one of whom was present on the night Jack “the Enforcer” Whalen was shot.” We guess that this explains that part with “top-level actors”, because the story definitely sounds too serious and it would be nice to see some great names involved in the whole thing, right? Warner Bros. has acquired rights to the L.A. Times’ recent seven-part series Tales From the Gangster Squad, with Dan Lin to produce the feature adaptation (yes, Lin, man who oversaw the development and production of The Departed as well). Warners and Lin are out to screenwriters to adapt the material, and Lin Pictures’ Jon Silk will serve as co-producer. With every new detail about Tales From the Gangster Squad, we’ll be back. Make sure you stay tuned!
Continue Reading
Advertisement
You may also like...
Related Topics:Gangster Squad, Paul Lieberman