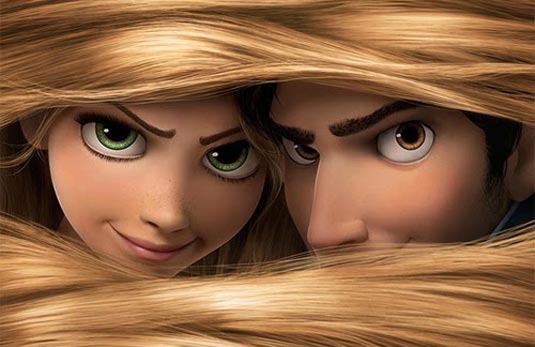 The official teaser poster for the upcoming animated Disney movie Tangled has been released online. Walt Disney Pictures presents Tangled, (formerly Rapunzel) an action-packed, swashbuckling, animated musical comedy about the girl behind 70 feet of magical, golden hair. A princess stolen from her parents’ castle as a baby, Rapunzel (voice of Mandy Moore) is locked in a hidden tower longing for adventure Now an imaginative and determined teenager, she takes off on a hilarious, hair-raising escapade with the help of a dashing bandit (voice of Zachary Levi). With the secret of her royal heritage hanging in the balance and her captor in pursuit, Rapunzel and her cohort find adventure, heart, humor, and hair… lots of hair. With original music by Alan Menken and lyrics by Glenn Slater, this comedic re-imagining of the classic Brothers Grimm fairytale comes to theaters in Disney Digital 3D™. Tangled, directed by Byron Howard (Let It Begin, Bolt) and Nathan Greno (Super Rhino, Let It Begin), also features the voices of  Ron Perlman, Brad Garrett, M.C. Gainey and Donna Murphy. Tangled is due to hit theaters on November 24, 2010. 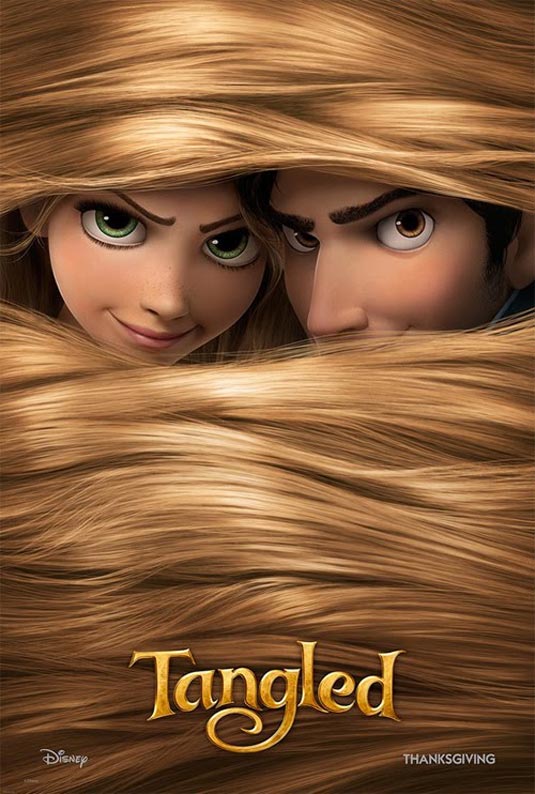