Connect with us
Here’s something shocking! Guys from Disney studio have closed a deal with Terry Rossio to write the script for Pirates of the Caribbean 5! 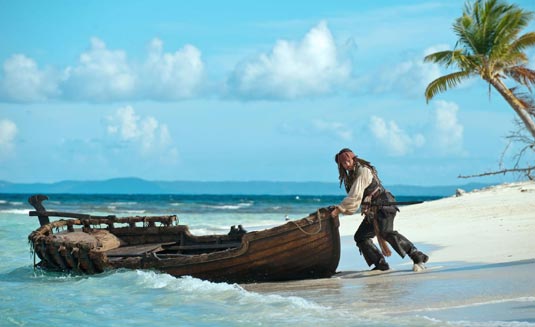 Wow, we’re all surprised (not!), Rossio has (by now) co-written all of the Pirates films! Only, this time, he’s going to be alone in some new adventure because his writing partner Ted Elliott is not in the game (we have no idea why!). Disney are also interested in bringing On Stranger Tides director Rob Marshall back, and, according to some reports, Johnny Depp “has a deal structure to return for a fifth film that will clearly be drawn up for him to reprise Jack Sparrow, though it’s too early to consider him locked.” Still, in an interview with EW, Depp said: “…as long as we can put all the puzzle pieces together, I would most definitely consider.” Geoffrey Rush as Barbossa? Penelope Cruz as Angelica? It’s too early to talk about that, you’ll agree! Everyone is currently in post-production on Pirates of the Caribbean: On Stranger Tides, so no contracts will be signed for a few more months. So, all Pirates fans out there, make sure you keep an eye on our reports, and stay tuned!
Continue Reading
Advertisement
You may also like...
Related Topics:Johnny Depp, Pirates of the Caribbean 5, Pirates of the Caribbean: On Stranger Tides, Rob Marshall, Terry Rossio