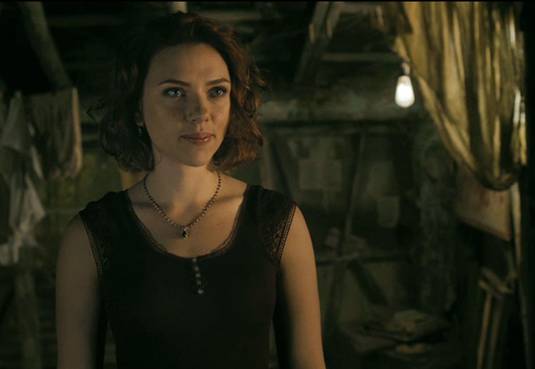 Hey guys, here’s an exclusive sneak peek at The Avengers superhero film seen from the Black Widow’s point of view! E! Online has revealed a short featurette focusing on the sexier side of the Marvel superheroes, Scarlett Johansson‘s Natasha Romanoff. This is good… for a male audience at least. When Mark Ruffalo‘s unwilling hero, Dr. Bruce Banner asks what happens if he says no, Natasha promises to ‘persuade’ him. Oh, very cute indeed. Johansson also says behind the scenes:

I’m such a huge fan of the Black Widow and I love playing this character, and for me, suiting up again was just pretty exciting.