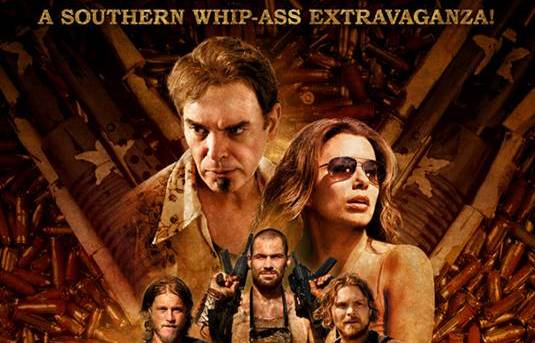 Director Barry Battles was set to begin shooting the film May 2st in Slidell, Louisiana. Battles and Griffin Hood, who also appears as an actor, co-wrote the script that follows the three redneck brothers who get more than they bargained for when agreeing to help a woman get her son back from his seemingly abusive father. They become targets on the run from an odd cast of characters. The action-comedy also stars ravishing beauty Serinda Swan, Clayne Crawford, Thomas Sangster and Meagan Good. The movie hit the theaters sometime in 2012. Here’s a poster and a bigger version of synopsis in the opposite order:

The rousing rebel spirit of a family of Southern thugs takes off at breakneck speed in “The Baytown Disco” — a wickedly playful, high-velocity action-comedy in which three infamously ruthless Alabama brothers find themselves on the wrong side of crooked cops, relentless Feds, mad mobsters, road pirates, tomahawk-wielding bikers, tricky femme fatales and an unforgettable cast of characters as colorful as they are lethal when they finally try to do a single good deed. Academy Award® winner Billy Bob Thornton and Golden Globe winner Eva Longoria headline this wildly explosive, yet ultimately moving, tale of honor breaking out among thieves with madcap results. It all starts when the fetching Celeste (Longoria) has a falling out with her nefarious ex-husband Carlos (Thornton) who kidnaps her beloved son, Rob (Thomas Brodie Sangster). Knowing her ex can be a maniacal psychopath, not to mention a bit trigger-happy, she turns for help to the most bad-ass, lawless hit-man trio in Alabama: the Oodie Brothers. Ringleader Brick (Clayne Crawford, “24,” “The Glades”), mute wrestling phenom Lincoln (Daniel Cudmore, “The Twilight Saga”), and the baby of the brothers, the kick-ass G.I. McQueen (Travis Fimmel, “The Beast”) are known for being mean as a bag of rattlesnakes –and measly kidnap rescues are not on their menu of services. But when Brick is unexpectedly moved by Celeste’s plight, what he thinks is going to be an easy smash-and-grab job turns out to be the most hair-raising and hilariously intense adventure of his and his brothers’ harrowing careers. Suddenly the Oodies have their hometown Sheriff (Andre Braugher, “Men of a Certain Age,” “Salt”), in a tangle; a pesky DEA Agent (Paul Wesley, “Vampire Diaries”) on their trail, and Carlos and his heinous assortment of henchman out for their hides. With no one quite who or what they seem, they are headed for a showdown — and a shot at redemption — they never saw coming. 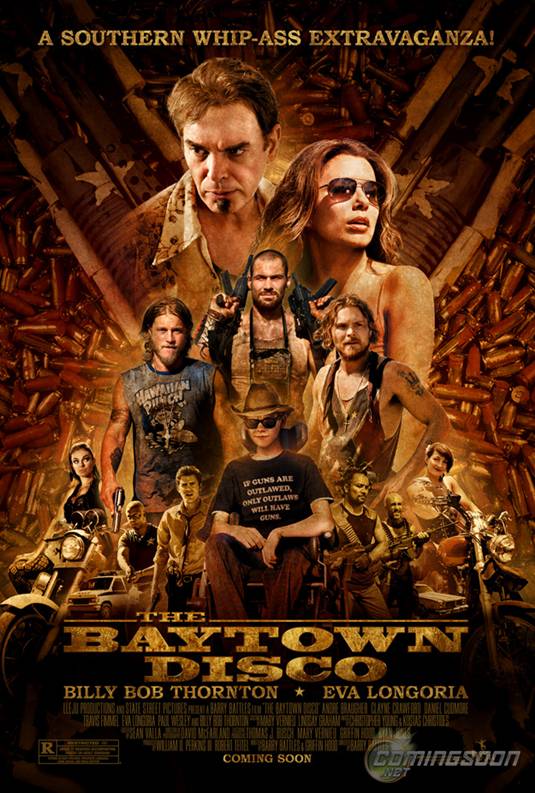