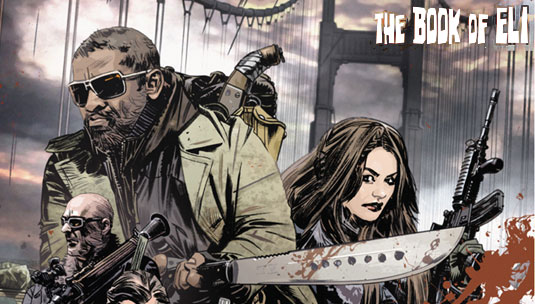 We showed you some posters a few days ago, but now here’s brand new Tommy Lee Edwards‘ poster for “The Book Of Eli” starring  Denzel Washington (Eli), Gary Oldman (Carnegie), Mila Kunis (Solara) and Ray Stevenson (Redridge). Film concept artist Tommy Lee will be appearing at San Diego Comic-Con next weekend, to take part in the promotion of “The Book Of Eli” Warner Bros is hosting a huge panel at the con on Friday, July 24th, at 10:00 am. They will be unveiling a teaser trailer for the new Hughes Brothers film, along with the first chapter of an on-line animated “Book Of Eli” graphic novel. The upcoming on-line stories are written by ELI’s screenwriter Gary Whitta, and alternately illustrated by Eli’s concept artist Tommy Lee Edwards and storyboard artist Chris Weston. Warner Bros and Alcon Entertainment will be giving away a limited number of exclusive posters that Edwards has illustrated just for the convention. He’ll be signing and discussing the visual concepts behind the film at the Warner Bros booth after the “Book Of Eli” panel. Below is a sneak peak at Edwards’ exclusive Eli poster: 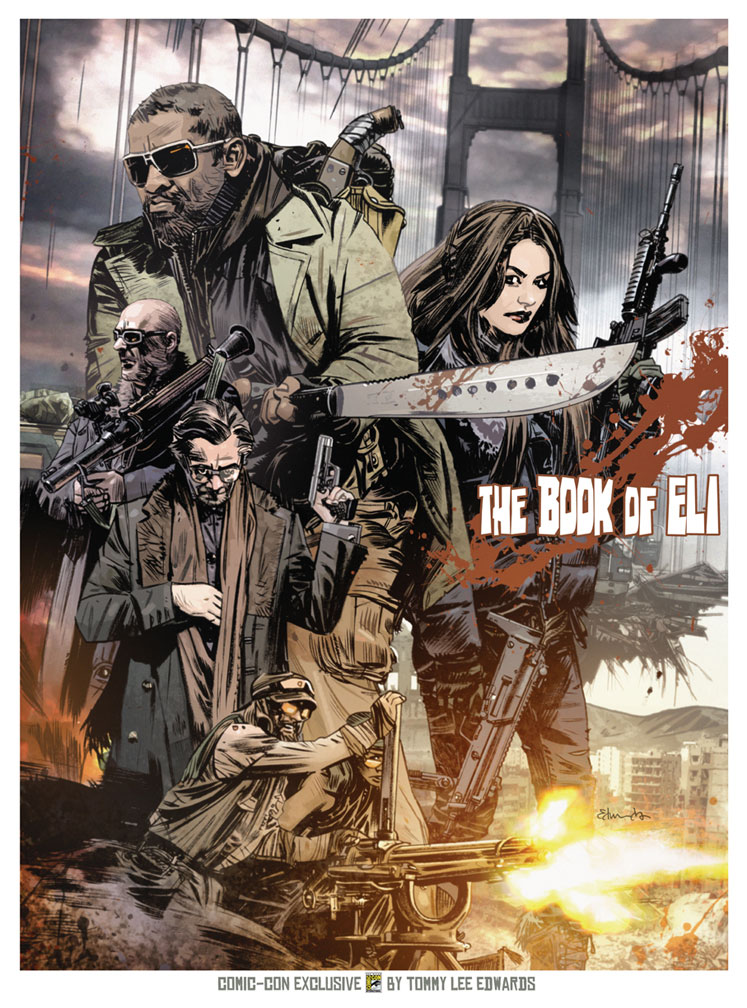