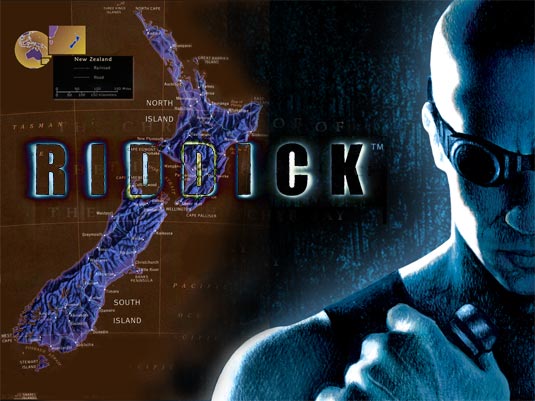 Diesel first played the gruff, sliver-eyed anti-hero Riddick in the well-received cult hit “Pitch Black” in 2000. Four years later he reprised the role in 2004’s generally panned big-budget flop “The Chronicles of Riddick“. Diesel has also voiced the character in the animated short “Dark Fury” and the video games “Escape from Butcher Bay” and “Assault on Dark Athena“. In August, director David Twohy (Pitch Black, The Chronicles of Riddick, A Perfect Getaway) discussed that he’d sketched out two possible ideas for continuing the films and was working to get the third film in front of the cameras in 2010.

“At the studio level, it would have to be a PG-13 movie again and we don’t want to do that again,” he explained to Bloody Disgusting. “We want an R, so we are looking at the possibility of setting it up as an independent movie and selling it territory by territory and thereby keeping an ownership stake in the movie. But we’re trying to see what that would yield in this unsafe market…”

“The third movie would be more modestly-scaled and it would probably feel more like ‘Pitch Black’ then ‘Chronicles.'”

Are you excited for another Chronicles of Riddick film?