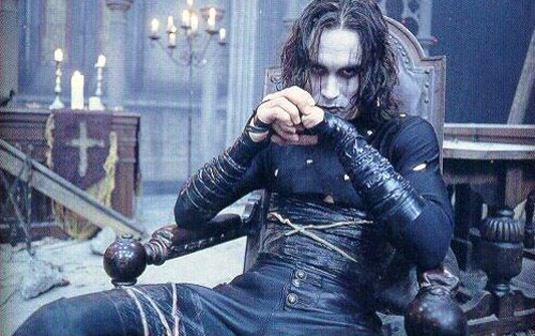 Finally some updates about a new, Stephen Norrington’s version of The Crow! This time, it’s kind of official announcement, because it comes from producer Edward Pressman who said that Norrington has finished the script for the film and they are moving forward with casting. Check out the rest of the details of the movie based on James O’Barr’s graphic novel and comics about “a dead rocker whose spirit returns to seek vengeance on the men who killed him and raped his girlfriend.” So, producer Edward Pressman shared that Norrington has finished the script, he thinks that it’s “terrific,” and that they hope to begin filming the movie some time later this year. Pressman added that they do have an offer out to a “major actor” and that Norrington’s vision is much different than that of Alex Proyas (starring Brandon Lee), who handled the 1994 film. Let us remind you that Stephen Norrington is best known for directing Blade and The League of Extraordinary Gentlemen. On the other hand, he has also done work in make-up and special effects on titles like Aliens, Alien and Feast, so no wonder Pressman pointed out that The Crow remake will actually look very different: “The Crow itself is a creature in this movie, it’s not just a bird; it’s got a personality and a character. Not like Godzilla exactly, but it’s very different and has a more active role in the story. Obviously it’s a different time and a different idea, but I think Stephen is a very talented fellow and I’m very excited to work with him. I think it’s a very different conception than the original film. After the first ‘Crow,’ there were so many other films that were inspired by it, by its look. Steve is an artist himself, and he’s created a very different visual idea.” He also said that the “setting is the southwest – the Mexico/Arizona area – and an urban, Detroit or Pittsburgh or something like that,” he described. “There are two locations that the film is set. Its initial platform is in the southwest and then it moves to the big city in the north, middle or eastern America, and then back.” As we said, there’s no news yet of who will play the lead role of Eric, though casting is reportedly underway, with a “major actor” offered the part, and “things moving ahead very aggressively, with the aim of doing the film this year.”
Continue Reading
Advertisement
You may also like...
Related Topics:Alex Proyas, Brandon Lee, Stephen Norrington, The Crow