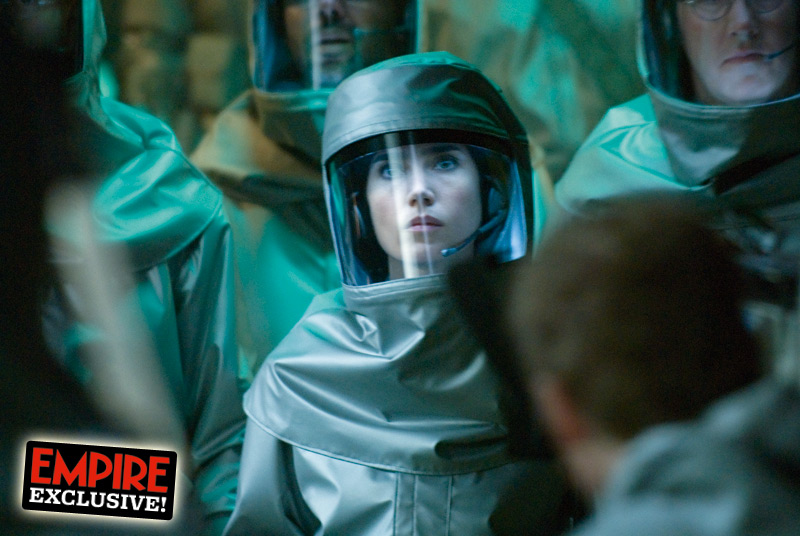 An 5 minute trailer for Scott Derrickson’s upcoming “The Day The Earth Stood Still” remake is online (again). The trailer shows Keanu Reeves‘ escape from captivity and a clear image of Gort. Take a look also at the new stills from the movie.

EmpireOnline had an interview with Keanu Reeves: “One of the last lines in the film is from Jennifer Connelly,” says Reeves. “She says, ‘This is our moment.’ It’s interesting because it’s a two-headed snake. It could mean, ‘This is our moment to begin again,’ or, ‘This is our moment to begin the end.’ It’s wonderful; it’s alive and it resonates, and I was hoping in a mainstream Hollywood movie (that) this film could really provoke interesting conversations as well as be entertaining” – full story “The Day the Earth Stood Still” is 20th Century Fox’s contemporary reinvention of its 1951 classic. Keanu Reeves portrays Klaatu, an alien whose arrival on our planet triggers a global upheaval. As governments and scientists race to unravel the mystery behind the visitor’s appearance, a woman (Jennifer Connelly) and her young stepson get caught up in his mission – and come to understand the ramifications of his being a self-described “friend to the Earth.” The film also stars Kathy Bates, Jaden Smith, Jon Hamm and Kyle Chandler. “The Day the Earth Stood Still” is scheduled to hit theaters on December 12th 2008.
Continue Reading
Advertisement
You may also like...
Related Topics:jennifer connelly, Keanu Reeves, Scott Derrickson, The Day the Earth Stood Still