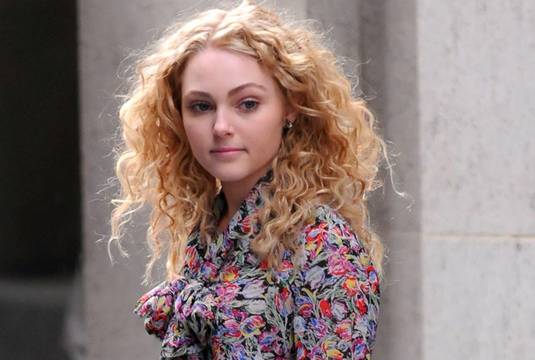 The 18-year-old actress, AnnaSophia Robb (Bridge to Terabithia) who is taking on the role of a young Carrie Bradshaw in HBO’s new spin-off, The Carrie Diaries is seen looking chic in a green animal print cardigan, bright red heels and a sequined dress as a young sex columnist. The teen thesp does her best to imitate Sarah Jessica Parker at a young age including natural straight hair turned curly. In addition, AnnaSophia has been doing some serious research for her role:

I’ve been watching the show and really trying to click with the character.

Wow! This is absolutely awesome… The production at the network of the much-anticipated prequel to Sex and the City is in a full swing. The Carrie Diaries is based on the novel of the same title by Candace Bushnell and a coming-of-age tale set in the 1980s will follow Carrie in her younger ages, when she asks her first questions about love, sex, friendship and family while exploring the worlds of high school and Manhattan. Amy Harris (Gossip Girls) wrote the pilot, which is directed by Miguel Arteta (Youth in Revolt); Ellen Wong and Stefania Owen join the cast as Carrie’s BFF Jill Thompson and her 14-year-old sister Dorrit. Check out Robb as SJP: 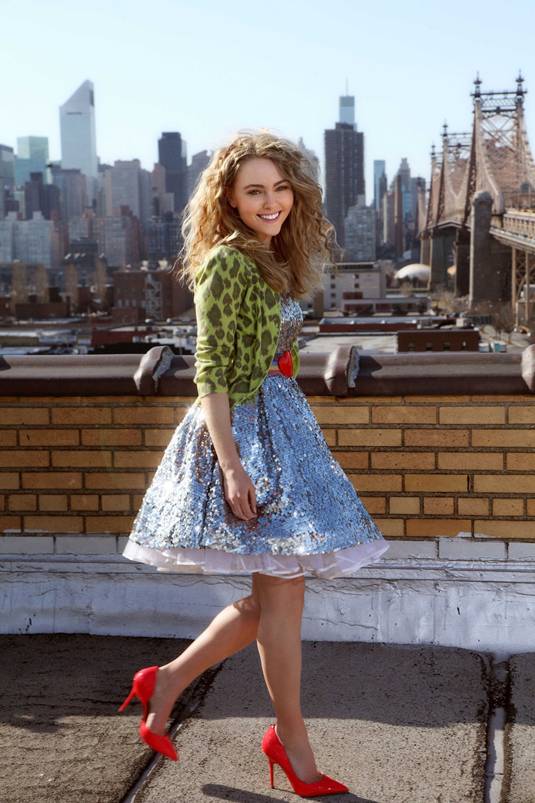 Continue Reading
Advertisement
You may also like...
Related Topics:AnnaSophia Robb, Miguel Arteta, Sex and the City

First Look at Will Ferrell and Zach Galifianakis in THE CAMPAIGN; New Plot Details
New Promo Art of The Lizard from THE AMAZING SPIDER-MAN
Advertisement