To set up for the role of Lisbeth Salander in The Girl with the Dragon Tatoo, actress Rooney Mara (shown here on site in Stockholm) had her eyebrows blanched, her hairstyle chopped, and her lip, brow, nose, and nipple pierced to look like a S&M mix of Seventies punk and Eighties goth – all in one “very intense.” Looking at the photos, it’s easy to see why David Fincher had expressed interest last summer in South African rapper Yo-Landi of the band Die Antwoord about the role. Mara’s look is very much updated by Vi$$er‘s style. Lisbeth Salander, the title character of “The Girl With the Dragon Tattoo” an bisexual, computer hacker with multiple piercings and a unique tattoo on her back—is the complicated idol of Stieg Larsson’s “Millennium” series, a trio of novels that have sold more than 50 million copies worldwide. 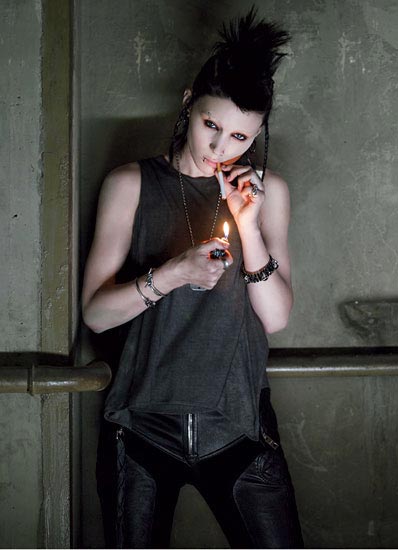 Fincher’s Lisbeth Salander, as channeled by Mara, is a brilliant but childish avenging angel with an understanding and an appreciation of aggression. By nature, she’s a lot like her creator, David Fincher. In September, days after The Social Network’s release, Fincher and his girlfriend, Ceán Chaffin, who produces his films, run away from L.A. for Stockholm and began work on “The Girl with the Dragon Tattoo.” The role of Lisbeth Salander, portrayed amazingly by Noomi Rapace in the original films, fell to Rooney Mara (younger sister of Kate Mara who has been in films like Shooter and 127 Hours), who had a small role in The Social Network but is most likely known for getting the Heather Langenkamp role of Nancy in the remake of A Nightmare on Elm Street. Seeing the images has helped to quell fears over a remake on the great films and books. The Girl With The Dragon Tattoo comes out December 26, 2011. 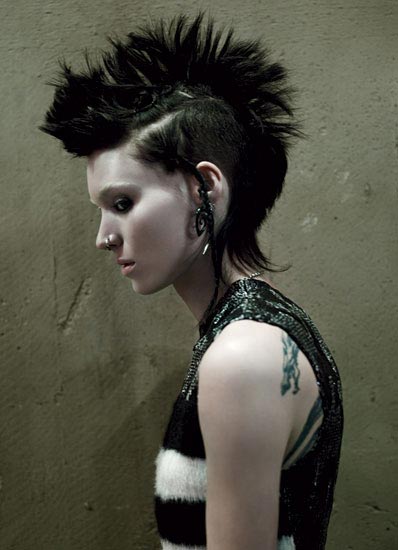 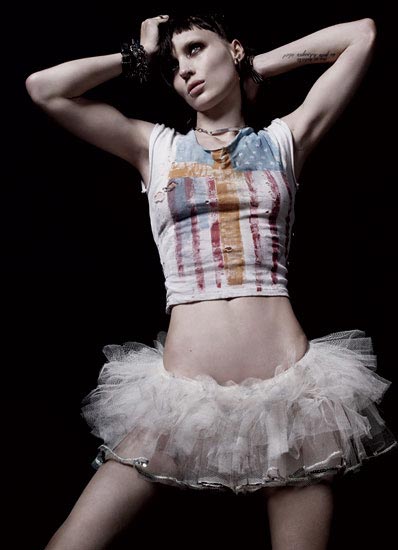