Connect with us
“The Good, the Bad, the Weird” directed by Kim Jee-woon (South Korea) will be present at 61st Cannes Film Festival, out of competition. 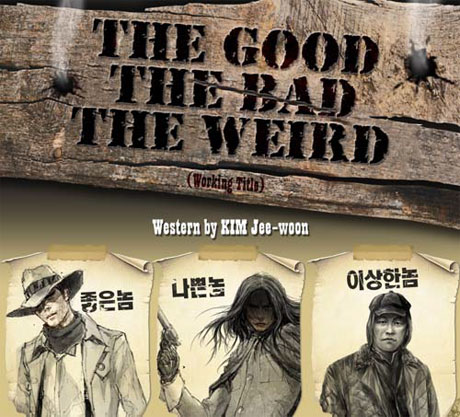 In the 1930s, the world is in chaos. In Northeast Asia, the Korean Peninsula has fallen into the hands of the Japanese Imperialists. Many Koreans have flocked to Manchuria, the vast terrain of horses and wilderness bordering their homeland and China. Some of them, inevitably, have turned into mounted bandits to earn their living in this barren wasteland.

Tae-gu (The Weird) is a thief. He robs a train of Japanese military officers, but the incident is not as simple as it first seems. In the middle of this fierce gun battle against the Japanese, he obtains a mysterious map that leads to a treasure from the Qing Dynasty, buried somewhere in Manchuria. Watch the trailer and poster after jump  Yet, the map is also sought by Chang-yi, the cold blooded hitman (The Bad). Tae-gu must fight not only the Japanese but also Chang-yi and his fellow thugs, who happen to attack the train at the same time. At the end of this intense gunfight, a mysterious man jumps into the center of the battle from nowhere and rescues Tae-gu with astonishing gunplay. 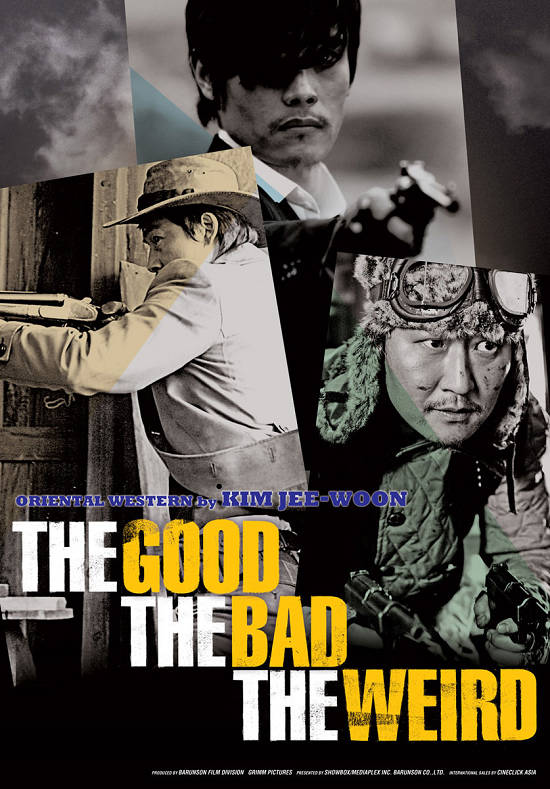 Having survived the battle, Tae-gu thanks the man for saving his life. Yet, he does not know that this stranger is Do-won, the bounty hunter (The Good), who has been chasing Tae-gu to turn him in for a reward. These three men – Do-won (The Good), Chang-yi (The Bad) and Tae-gu (The Weird) – will soon discover that the map they are battling for is also a magnet that attracts others as diverse as the Korean resistance, Chinese/Russian/Korean mountain bandits and the Japanese army. The blazing gun battle in the train proves to be merely the beginning of the rollercoaster ride to the final showdown to come. ”The broad plains of Manchuria offer a seemingly boundless landscape of earth and sky, long ruled by wild men and their horses. It became a battle field for great powers in 1930s. And it also became a land of exile for Koreans wandering there. Do-won, the bounty hunter, Chang-yi, the cold-blooded hitman and Tae-gu, the train bandit, are players in an epic story staged against Manchuria’s striking, exotic landscape. I would like to express the overflowing emotion filling the endless landscape with a matter of life and death, but I also want to do it in a rather humorous way. On yet another level, I want to show the audience the faces of Koreans of that era who had been abandoned by their homeland and by the insurmountable tide of history. Personally, this film also represents a genre that I have envisioned during my previous filmmaking endeavors. With this never-before-seen genre of the “Oriental Western”, I want to create cinematic excitement and the sensation of wild action staged on a vast and exotic landscape.” says director Kim Jee-Woon. Directed by: Ji-woon Kim Starring: Woo-sung Jung – The Good – “A man who was too proud to be bad” Byung-hun Lee – The Bad – “A man who desired too much to be good” Kang-ho Song – The Weird – “A man who was too wacky to be good or bad”
Continue Reading
Advertisement
You may also like...
Related Topics:Kim Jee-woon