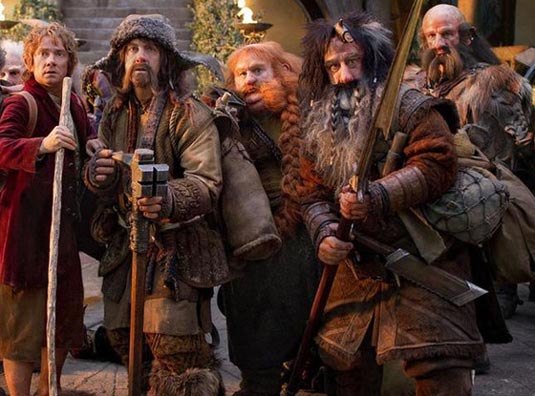 At The Hobbit media conference held in Wellington, New Zealand today, Hobbit scriptwriter Philippa Boyens confirmed that the story is still being worked on, despite the (supposed) shooting been wrapped. “We’re still looking at the second and third films,” Boyens said. Of course, reworking the storyline makes sense, considering the decision about splitting the film in three parts, after all. “We’re dealing with the appendices and the other stuff Tolkien had written after The Hobbit,” elaborated director Peter Jackson. “More of that stuff will appear in the second and third films.” “When Warner Bros. said ‘go’ for turning it into a trilogy, we were so happy, as it allowed us to tell more of these characters’ stories,”  Boyens continued during a red carpet interview. “Particularly Gandalf’s story. Most of the extra material is being generated not just from the appendices, but from within the text of The Lord of the Rings itself. Especially for characters like Radagast,” she said. Could we possibly see a return of fan-favourite Gollum? “Gollum’s not currently scheduled to come back in the second and third movie,” said actor Andy Serkis. “But the fact of the matter is, never say never with Peter.”
Continue Reading
Advertisement
You may also like...
Related Topics:Andy Serkis, Peter Jackson, The Hobbit