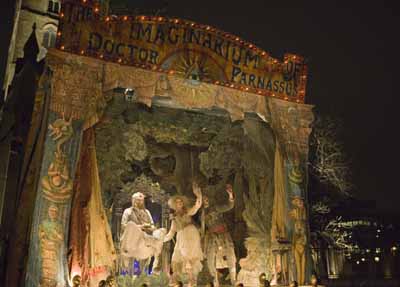 Dr. Parnassus official site has revealed picture from ‘The Imaginarium of Doctor Parnassus’.

Set in the present day, director Terry Gilliam’s fantastical morality tale follows the traveling show of the mysterious Dr. Parnassus (Christopher Plummer) — a man who once won a bet with the Devil himself, and possesses the unique ability to guide the imagination of others. Many centuries ago, Dr. Parnassus won immortality in a bet that found the malevolent Mr. Nick (Tom Waits) coming up short. While few would be foolish enough to try their luck against the powers of darkness a second time, Dr. Parnassus did precisely that — this time trading his mortality for youth on the understanding that his firstborn would become the property of Mr. Nick when the child reaches his or her 16th birthday.Flash-forward to the present day, and Dr. Parnassus’ daughter, Valentina (Lily Cole), is about to celebrate her sweet sixteen. Dr. Parnassus is desperate to save his little girl from her fiery fate, so when Mr. Nick arrives to collect, he senses the good doctor’s malaise and cooks up a wager too enticing to refuse: Dr. Parnassus and Mr. Nick will each compete to seduce five souls, with possession of Valentina going to whoever manages to complete the task first. As the competition begins to heat up, a mysterious man named Tony (Heath Ledger) appears. Could Tony be the one man capable of helping Dr. Parnassus win the competition and save Valentina? While the sudden death of prominent Imaginarium of Dr. Parnassus player Heath Ledger in January of 2008 left Gilliam and company scrambling to find a means of salvaging the film — which was already well into principal photography at the time — the cavalry soon arrived in the form of Johnny Depp, Jude Law, and Colin Farrell, who each serve as alternate-dimension versions of Tony when the character crosses through a paranormal mirror 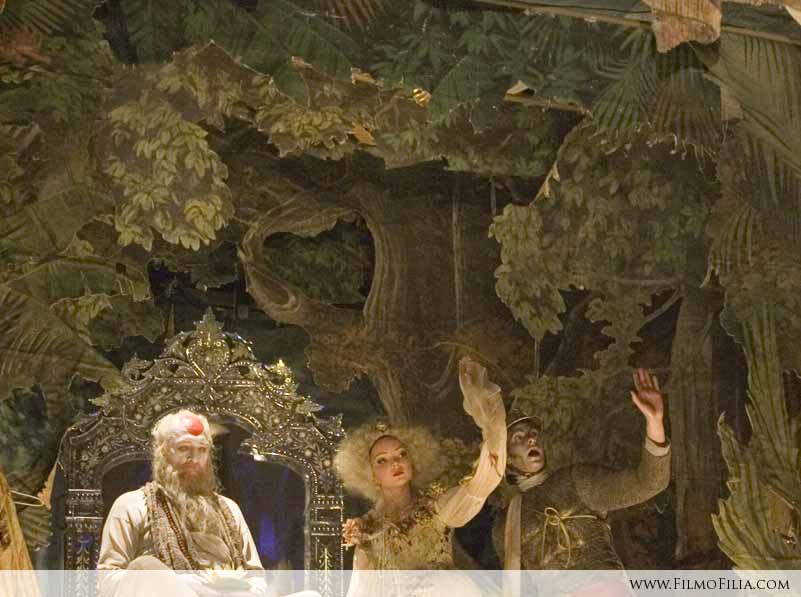 Continue Reading
Advertisement
You may also like...
Related Topics:The Imaginarium of Doctor Parnassus