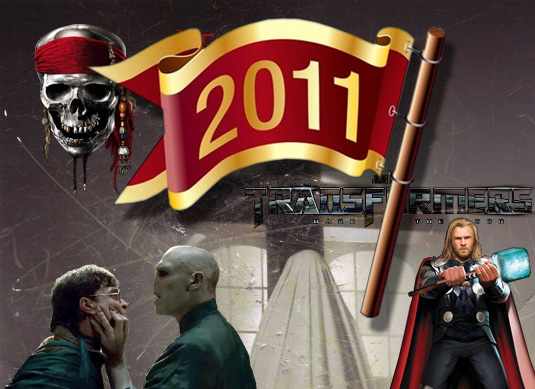 Cinema enthusiasts have a lot to look forward to, as there is a wide range of the Most Anticipated Movies of 2011. Some of these may turn out being 2011 blockbuster films, the others may finish up as 2011 box-office bombs. Either way, it looks as though there are plenty of projects to be excited about. If a movie is based on a piece of material that has already been successful, audiences know what to expect, and there’s likely already a built-in fan base. That’s why studios love sequels, remakes and adaptations. So it makes sense that those movies dominate our list of the Most Anticipated Movies of 2011. These are the movies that could make or break studios and stars next year. But remember, high hopes don’t always pan out.
Continue Reading
Advertisement
You may also like...
Related Topics:Brad Pitt, Daniel Craig, Harry Potter and the Deathly Hallows, Johnny Depp, Kristen Stewart, Natalie Portman, Pirates of the Caribbean: On Stranger Tides, thor