Connect with us
Rob Cohen, director of the upcoming sequel ‘The Mummy: Tomb of the Dragon Emperor,’ told that the low-key marketing of the film will ramp up with the release of the first trailer in June – but not a moment sooner. 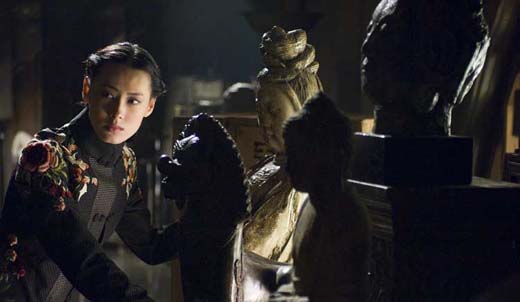 “The trailers that Universal cut have a lot of the most complicated visual effects, and there is so much more in the movie,” said Cohen. “But this is something they want to focus on, and I don’t want it out before those effects are finished.” Despite the film’s fast-approaching August 1st release date, Cohen said he isn’t concerned that the film is still off the summer radar. “We have an audience that knows the name, and we’re not trying to create audience recognition from ground zero. I think if we have a solid couple of months to advertise, no one will miss it. [Audiences] will have made up their minds, but I don’t want them to make up their minds on incomplete work.” Talking about the third installment in the franchise, Cohen said: “The whole approach is different. The sets are bigger, and they are less digital. It builds on the legacy, but it’s a very different movie.”
Continue Reading
Advertisement
You may also like...
Related Topics:Rob Cohen, The Mummy 3, The Mummy: Tomb of the Dragon Emperor