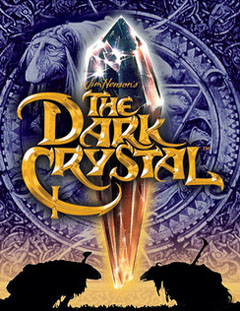 Yes, we all know that a lot has changed with The Dark Crystal during the time, but still, it’s nice to hear that the project is moving forward. So, maybe Genndy Tartakovsky is no longer attached to direct Power of the Dark Crystal, but earlier announced Peter and Michael Spierig could be just the perfect choice. The Spierig Brothers recently appeared at a convention in Australia, where they talked about their approach to the film, and we’re here today to share some new details with you. But before that, let us all remind some official sequel facts… “Set hundreds of years after the events of the first movie when the world has once again fallen into darkness, Power of the Dark Crystal follows the adventures of a mysterious girl made of fire who, together with a Gelfling outcast, steals a shard of the legendary Crystal in an attempt to reignite the dying sun that exists at the center of the planet.” The film will be titled The Power of the Dark Crystal, and as we said, Peter and Michael Spierig (best known from titles like Undead and Daybreakers) are in charge for directing it, although “Samurai Jack” creator Genndy Tartakovsk was previously attached to the project. Screenplay’s written by Australian Craig Pearce (Moulin Rouge, Romeo + Juliet) based on an original script by Annette Duffy and David Odell. Brian Froud will reprise his role as conceptual designer of the film, which will “use a stunning mix of live action and traditional puppetry combined with visual and special effects produced entirely in Australia.” Omnilab-affiliated Iloura has already begun work on the film’s complex CGI elements. So, no need to point out that the film will be released in 3D, and it will be a 3D shoot that uses as many practical puppets as possible, but CGI and motion capture will be part of the process as well. The film will shoot in Australia, possibly in Queensland or in Sydney. If you’re (by any chance) little disappointed to hear some 3D facts about The Power of the Dark Crystal here’s what the Spierig duo has to say about it: “To be honest, the first film is, when I was young, pretty scary stuff. This will certainly have scary elements to it. It’s not a horror film by any means, it’s just got a really solid mythology and solid idea. There are so many great characters. Great new characters and some of the favorites from the previous film will return. It’s not a remake. It’s a continuing story and we use the world of the first film to go further.” Let’s wait and see!