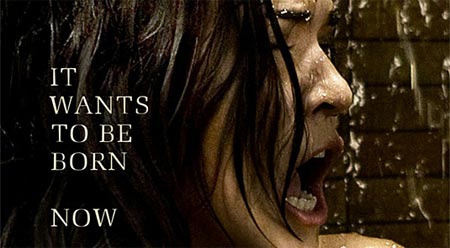 Bloody Disgusting has the first look at the new poster for horror film “Unborn“. The story is of a 18-year-old girl (Odette Yustman-Cloverfield) tormented by the soul of a boy who died in the Holocaust. Meagan Good will play the girl’s best friend, and Carla Gugino has been cast as her mother. Jane Alexander will play a Holocaust survivor whose brother’s spirit is returning. Idris Elba will play a priest who helps Rabbi Oldman perform exorcisms. Rhys Coiro is the college professor of Yustman’s character, and Cam Gigandet will play her boyfriend. The film is written and directed by David S. Goyer, (“Blade: Trinity” director and “Batman Begins” and “The Dark Knight” screenwriter) “Unborn” is set to openJanuary 9th 2009. 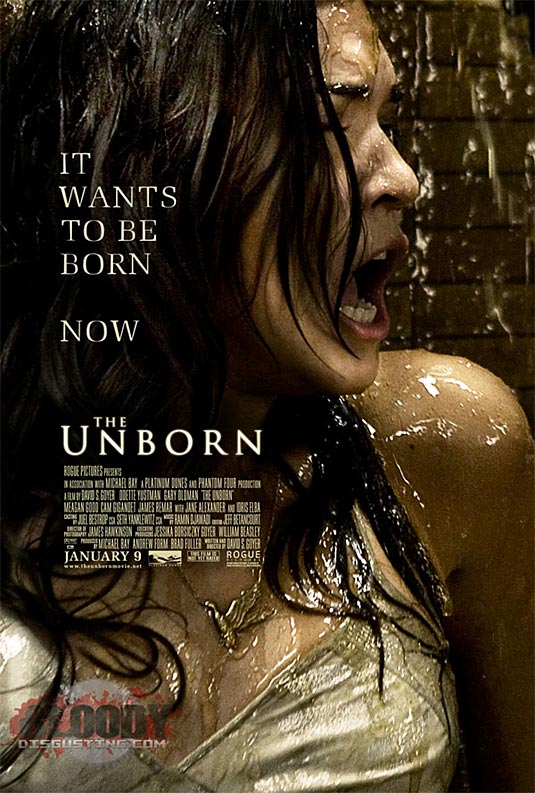