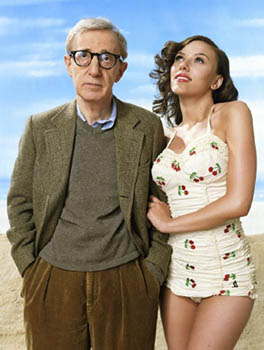 MTV recently spoke to Woody Allen about the rumors regarding another possible project with Scarlett Johansson. There is no ’New York, I Love You’ film that will reunite the actress and director for the third time in a row.   Allen told that the whole story was ’A complete and total fabrication. Made up like a poem by Coleridge. Completely untrue. It wasn’t even grounded in any conversations or anything.’ It could be possible that some of those other Johansson casting announcements are misstatement, i.e. ’Heavier Than Heaven’ and role in Jenna Jameson’s upcoming biopic, and I’m happy about it.
Continue Reading
Advertisement
You may also like...
Related Topics:Scarlett Johansson, Woody Allen