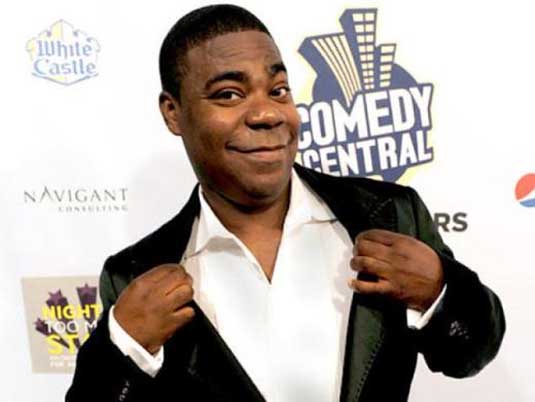 Tracy Morgan‘s fans will love this news – 30 Rock star is returning to TV with a brand new comedy pilot titled Death Pact! FX Networks stands behind the project which will revolve around a former pothead and assistant high school coach who returns home from war as a decorated hero. Sounds promising, hope you agree? Co-created by Rob Long and Tad Safran, Death Pact is a single-camera, half-hour comedy which follows Morgan’s character – once lazy, pot-dealing assistance high school coach who comes back to his home town a decorated war hero, and enlists three down-on-their-luck friends and former students into following his harsh new self-help philosophy. Nick Grad, executive vice president of original programming and development at FX, definitely sounds excited about the whole thing. And, he also promises a lot of fun: “Needless to say anything starring Tracy Morgan could be off-the-charts hilarious and we’re betting this one is. We look forward to casting the other three co-stars and getting started with production.” Production of Death Pact will take place this summer in New York or New Jersey. As usual – we’ll keep an eye on it, so make sure you stay tuned!
Continue Reading
Advertisement
You may also like...
Related Topics:Death Pact, Tracy Morgan