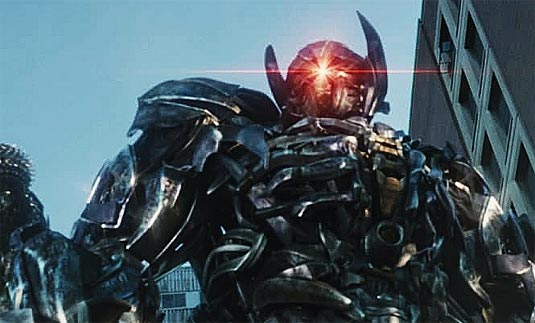 Linkin Park has unleashed on the band’s YouTube page new music video for their single “Iridescent,” which will be featured in the film Transformers: Dark of the Moon. The video also features new footage from the film.

This is the band’s third single on a Transformers soundtrack after “What I’ve Done” and “New Divide,” which appeared on the soundtracks for Transformers and Transformers: Revenge of the Fallen, respectively.

The new promo image has also arrived online and you can check them both out below.

Transformers 3 opens in 3D, 2D and IMAX theaters on June 29.