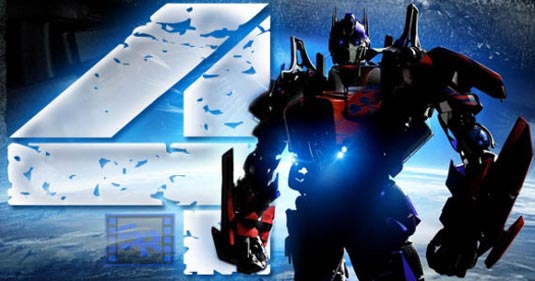 Hugo Weaving was, in addition to all the trilogies he appeared in, also the voice of the villainous Megatron in Michael Bay’s Transformers trilogy. So, you might be asking, what are the chances of him returning for the upcoming Transformers 4, already scheduled for 2014? Not very good, as it turns out. We reported already that he mentioned his Red Skull probably won’t be returning to Captain America (and even if the character did, then he probably wasn’t coming back cause, well, he just doesn’t want to). yep, Mr Weaving isn’t too thrilled with that one, it seems, but now he also got the Transformers franchise ‘in his aim’. It seems he isn’t fond of these films for some reason, nor his role in them. My guess would be – he did it ‘for the dough’ and didn’t get to ’emotionally attach’ himself to the roles? Or he just doesn’t care:

That’s a weird job for me because it honestly was a two-hour voice job, initially. I was doing a play and I actually didn’t have time, anyway. It was one of the only things I’ve ever done where I had no knowledge of it, I didn’t care about it, I didn’t think about it. They wanted me to do it. In one way, I regret that bit. I don’t regret doing it, but I very rarely do something if it’s meaningless. It was meaningless to me, honestly. I don’t mean that in any nasty way. I did it. It was a two-hour voice job, while I was doing other things. Of course, it’s a massive film that’s made masses of money. I just happened to be the voice of one of the iconic villainous characters. But, my link to that and to Michael Bay is so minimal. I have never met him. I was never on set. I’ve seen his face on Skype. I know nothing about him, really. I just went in and did it. I never read the script. I just have my lines, and I don’t know what they mean. That sounds absolutely pathetic! I’ve never done anything like that, in my life. It’s hard to say any more about it than that, really.

Amusing people, those Hollywood-ers. You’d think a director might want to meet the actor who is giving voice to a major character in his movies, but apparently not. Weaving’s entire work on the trilogy consisted of two hours in a studio reading lines and collecting a nice paycheck. Not a bad work, if you can get’em, I suppose. SpoilerTV thinks they know who will be the film’s new leads:

The new female lead that they are looking for is a high school senior and her boyfriend a Texas racing driver.

Uh-huh. Ah well… One thing’s for sure, whomever they cast as the “high school senior”, she will definitely have to be good with cars. Or at least, look good around one.