In a private, wealthy community, priority is placed on security and no exception is made for the Miller family’s estate. Behind their pristine walls and manicured gardens, Kyle, a fast-talking businessman, has entrusted the mansion’s renovation to his stunning wife, Sarah. But between making those big decisions and keeping tabs on their defiant teenage daughter, Sarah often finds herself distracted by a young, handsome worker at their home. Nothing is what it seems, and it will take a group of cold-blooded criminals led by Elias, who have been planning a vicious home invasion for months, to bring the Miller family together. When they storm the manor, everyone is tangled up in betrayal, deception, temptation and scheming. Kyle, Sarah and Avery will take the ultimate risk to make it out with their lives — and their family — intact.

It was announced yesterday that Trespass will show at the 2011 Toronto International Film Festival in September. Afterwards, the film will be in theaters October 14, 2011. 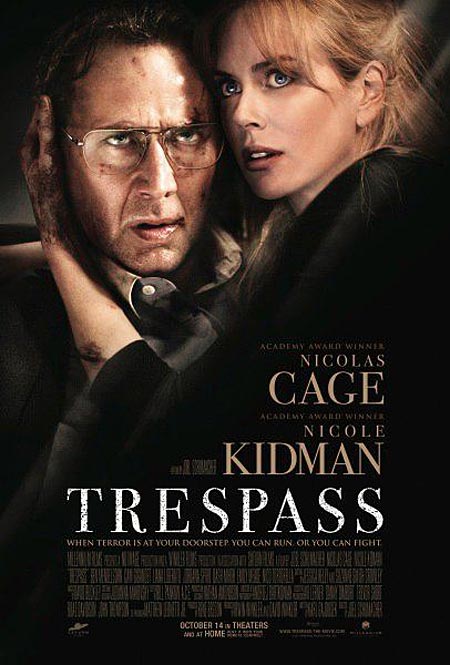