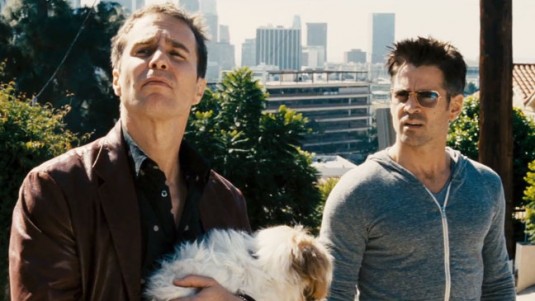 And you think you’ve got problems! Check these new TV spots for the upcoming dark comedy Seven Psychopaths, which is set to open next month. One thing is for sure – Martin McDonagh‘s movie definitely looks promising. You’re already familiar with the story and the great cast which includes Colin Farrell as a struggling screenwriter who becomes entangled in the Los Angeles criminal underworld. All that, because his psycho-friends, played by Christopher Walken and Sam Rockwell kidnap a gangster’s beloved Shih Tzu. Weird situation, but fair enough when Woody Harrelson stars as that gangster, and that’s exactly what you’re going to see in this little preview of the movie which is set to open on October 12th, 2012. Seven Psychopaths also stars Abbie Cornish, Tom Waits, Olga Kurylenko and Zeljko Ivanek. So, let me ask you, do you have delusions of grandeur? Are you irrational and impulsive? Have some problems with authority? I knew you’re a psycho! TV Spot #1 TV Spot #2