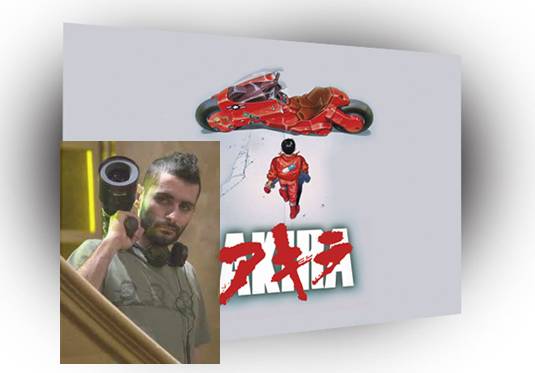 Since 2008, Warner Bros has been developing Akira, a live-action remake of the anime classic by Katsuhiro Otomo, which he adapted from his own six-volume manga series in 1988. It seems the studio has at last found director in Jaume Collet-Serra, who has the benefit of actioner Unknown this spring. The Spanish director is set to helm the anime adaptation after the film has been ‘re-envisioned as a $90 million tentpole,’ which is considerably less costly than the previously floated figures in the range of $150-$200 million. The project has not been trouble-free, with a huge price tag formerly necessitating the most recognizable actors in the world and the likes of Brad Pitt and Keanu Reeves both declining their offers. As for directors, first Ruairi Robinson was to direct and then Albert Hughes replaced him, but kindly left Akira in May. The movie also has had a succession of writers including Gary Whitta, followed by Albert Torres and Mark Fergus, then Hawk Ostby and, back in February, Steve Kloves (Harry Potter franchise). The story, previously set in futuristic and post-war Neo-Tokyo, will be removed to New Manhattan. The film’s plot focuses on two young members of a biker gang: the fragile Tetsuo Shima and compelling leader Shotaro Kaneda, who must try to save Tetsuo and the whole city when his friend becomes involved in a military experiment that’s gotten out of hand. This undoes the original Japanese nuance of the anime, which dealt with issues of militarization and power from the position of the only nation on which atom bombs have ever been used in warfare. Also a list of possible thesps to play the two leads (around the time Kloves was hired to rewrite) and that list was completely white people’s membership annoyed many a fan of the anime movie. Actors like Robert Pattinson, Andrew Garfield, Michael Fassbender, Joaquin Phoenix, Garrett Hedlund, and Chris Pine were attached on that list. Collet-Serra has delivered big for Warners with his movies House of Wax, Orphan and his 2011 Unknown. Furthermore, the Spanish director is as well seen to helm Harker, a Warners project about a Scotland Yard detective who investigates for Dracula. Check out two different types of trailers and try to take a picture of a long-gestating Akira feature. [youtube]http://www.youtube.com/watch?v=gBRUMRdjiUQ[/youtube]