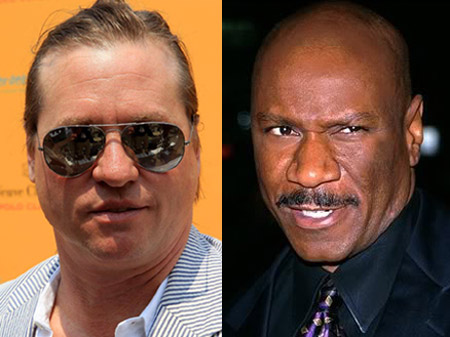 Seven Below? Sounds like Snow White is missing, but at least we do have space involved in the whole thing. Not funny? Yeah, I thought so. After all, this has nothing to do with evil queen, dwarfs, and huntsman, because this is the title of EFish Entertainment’s upcoming indie thriller that will have some great cast on board. Just in case you think I’m hallucinating, check out the rest of this report for more interesting details. So, here’s the thing. According to the latest reports, Val Kilmer, Ving Rhames, Luke Goss and Rebecca Da Costa are all attached to star in Kevin Carraway‘s movie that will follow “…a group of strangers brought together when a terrible storm leaves them stranded in a house in the woods where a terrible event transpired exactly 100 years prior. The group seems trapped in a ghostly time warp, and history is repeating itself.” Thanks to Variety, we know that director Carraway co-wrote a screenplay together with Lawrence Smith and Eric Mark Fisher while Brianna Lee Johnson of EFish and Warren Ostergard will produce. They also add that the project had been set to shoot earlier this year in New Mexico with Kilmer starring but a change in the state tax credits caused producers to move the shoot to Cincinnati, Ohio, where production’s set to begin next month. We’ll definitely keep an eye on this one, so make sure you stay tuned!
Continue Reading
Advertisement
You may also like...
Related Topics:Luke Goss, Rebecca Da Costa, Val Kilmer, Ving Rhames