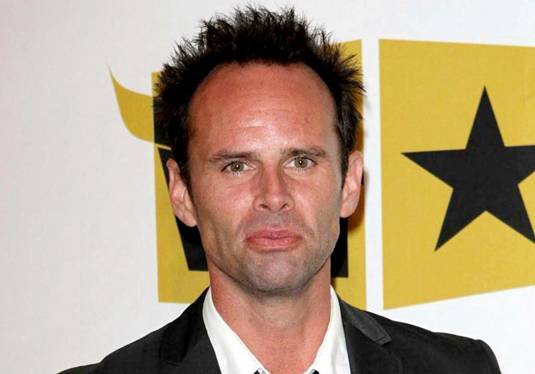 Well, it appears another first rate actor has signed up for G.I. Joe reboot full-titled G.I. Joe 2: Retaliation. His name is Walton Goggins and he has joined mainly a new cast of toy-inspired world shown in 2009s G.I. Joe: The Rise of Cobra. Of course, Channing Tatum (Duke), veterans Ray Park (Snake Eyes), and Byung-Hun Lee (Storm Shadow) will reprise their roles from the original. But they’ll be joined by an almost completely new team of thesps including Dwayne Johnson as Roadblock, DJ Cotrona as Flint, Elodie Yung as Jinx, RZA as The Blind Master, Adrianne Palicki as Lady Jaye, Joseph Mazzello as Mouse and Ray Stevenson as Firefly. Bruce Willis is also in talks to join the cast of Paramount’s G.I. Joe 2 for the part of General Joe Colton. Emmy-nominated ‘Justified’ star Goggins will be playing an original character named Warden Nigel James (it’s hard to tell if Warden is his first name or his job description) The G.I. Joe 2: Retaliation is being directed by Justin Bieber: Never Say Never-director Jon M. Chu, working from a screenplay by Zombielandscribes Paul Wernick and Rhett Reese. G.I. Joe 2: Retaliation is slated to hit theaters on March 29th, 2013. Walton Goggins was most recently cast in Stephen Spielberg’s Lincoln in which he will play former Ohio Congressman Wells Hutchins. Besides, Walton Goggins is best known for his role of Detective Shane Vendrell on FX’s The Shield and for his ongoing role on Justified. I really hope his role in G.I. Joe 2 is bigger than the bit part he played in Cowboys & Aliens. However, check him out talking about his another simpler character in Predators. [youtube]http://www.youtube.com/watch?v=UTLz22o-2nQ[/youtube]

In Character with Walton Goggins (Predators)

Cancel reply
Brad Pitt in THE GRAY MAN Directed by James Gray
Statham, Butler and Fassbender for the Film with Working Title THE GUV’NOR
Advertisement