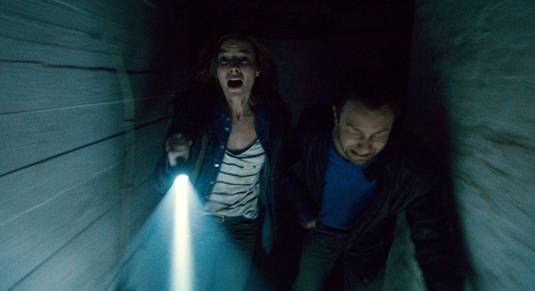 Here’s the first ever clip from the upcoming horror survival film Chernobyl Diaries, which sees four attractive all-American college kids sign up for a day-trip to visit Pripyat, the Ukrainian town abandoned in the aftermath of the nuclear disaster. The clip provides a brief look how the risk of the protagonists got started in the first place and morphs into a trailer containing some new footage that is rather chilling indeed. Directed by Brad Parker (Let Me In), Chernobyl Diaries stars Jonathan Sadowski, Devin Kelley, Jesse McCartney, Olivia Taylor Dudley, Nathan Phillips, Ingrid Bolso Berdal and Dimitry Diatchenko. Produced by Oren Peli (Paranormal Activity) and Brian Witten, the film opens May 25th, 2012 from Alcon Entertainment and Warner Bros. Pictures. Here’s the synopsis for an original story also penned by Peli:

Chernobyl Diaries follows a group of six young tourists who, looking to go off the beaten path, hire an “extreme tour” guide. Ignoring warnings, he takes them into the city of Pripyat, the former home to the workers of the Chernobyl nuclear reactor, but a deserted town since the disaster more than 25 years ago. After a brief exploration of the abandoned city, however, the group soon find themselves stranded, only to discover that they are not alone…

Following in the footsteps of US and international poster, now comes the film’s trailer to help you out: [youtube]http://www.youtube.com/watch?v=Kc88nCLucAs[/youtube]
Continue Reading
Advertisement
You may also like...
Related Topics:Chernobyl Diaries, jesse mccartney, Oren Peli