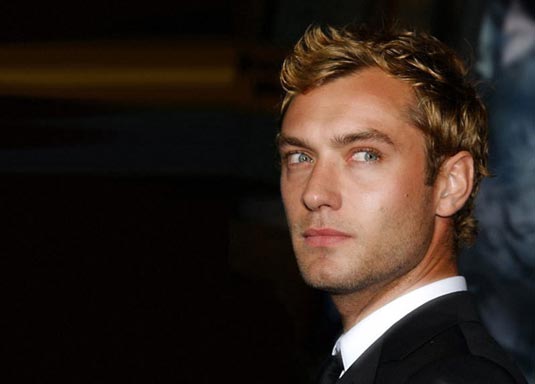 Like him or not, you can be sure that some things you can definitely expect from Wes Anderson movies: quirky characters, deadpan dialogue, vivid color pallets, and nostalgic and dreamy soundtracks. However, the plot details from one movie to the next are impossible to predict. He’s gone from a heist narrative to a love triangle tale to a family saga, high-seas adventure, India roadtrip story, mid-life crisis cartoon, and first love romance. So when it comes to what we should expect out of his next venture, titled The Grand Budapest Hotel, we’re admittedly at a loss. Details on the film are under wraps, but we do know it’s a comedy that stars Ralph Fiennes as an unflappable concierge. Anderson himself dropped some hints, sharing that it would “mostly” be set 85 years ago and that it is inspired by the films of Ernst Lubitsch and Billy Wilder. And now Jude Law, a newcomer to Anderson’s growing cast, has revealed some new information on this mysterious movie. The Grand Budapest Hotel is now in production in Germany, and Law, having recently wrapped on his five days of shooting, described his role as “tiny tiny,” in an interview with The Playlist. But this is by no means a complaint. As an admitted “huge fan” of Anderson’s works, Law spurted, “it was really, really wonderful to be on one of his projects.” He then went on to talk about the film’s setting. Based on the aforementioned comments from Anderson, we’d expected the movie to be set in the late 1920s; however, Law corrects that misconception, clearly stating,

Law gave no further clues about the movie’s plot or his character, and so we’re left to wonder what this all means. Of course, Anderson’s (and Law’s) involvement is enough for us to be interested in The Grand Budapest Hotel. And our expectations are high, considering his cast includes such A-lister names as Bill Murray, Owen Wilson, Jason Schwartzman, Tilda Swinton, Jeff Goldblum, Edward Norton, Adrien Brody, Harvey Keitel and Willem Dafoe, as well as newcomers to the auteur’s romantic aesthetic like Law, Saoirse Ronan, and Mathieu Amalric. The only downside as far as we see is that this curious comedy isn’t expected to hit the theaters until 2014, so stay tuned for updates!

Tim Blake Nelson Joins BUKOWSKI And THE HOMESMAN
The List Of Trailers That Will Be Shown During Super Bowl XLVII This Sunday!
Advertisement