Even though the Texan filmmaker Wes Anderson apparently hasn’t booked Johnny Depp into his Hungary-set period piece The Grand Budapest Hotel, Anderson still hasn’t much problem lining-up impressive ensembles for his next movie. In a recent interview with THR, the director confirmed that Willem Dafoe, Owen Wilson, Adrien Brody and Edward Norton are part of the cast. Bill Murray, Jeff Goldblum, Saoirse Ronan, Ralph Fiennes, Jude Law and Jason Schwartzman have previously been confirmed with Fiennes and Ronan as the leads. However, the movie will also include Moonrise Kingdom players Tilda Swinton and Harvey Keitel as well as F. Murray Abraham (Amadeus) and Mathieu Amalric (Quantum of Solace). I think it’s safe to say now that Anderson has reached the point where almost every actor in Hollywood dies to work with him. The movie is reportedly in the vein of the films of Billy Wilder (The Apartment) and Ernest Lubitsch (The Shop Around the Corner) and will chronicle the troubles and tribulations of Mr. Gustave (Fiennes), who serves as the hotel’s perfectly composed concierge, 85 years ago. Grand Budapest Hote,l which production kicks off in January for a likely late 2013 release or sometime in 2014, will be Anderson’s first solo screenwriting credit. 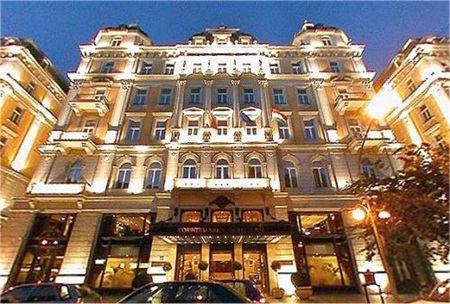