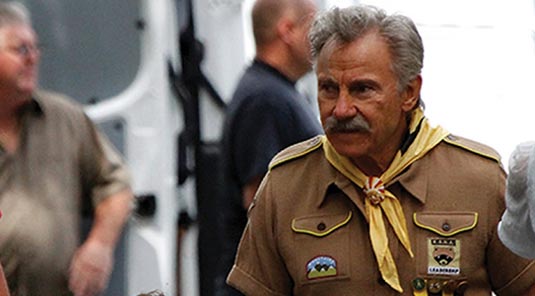 Definitely something worth our attention, simply because we have some great cast on board. I will admit I’m not so impressed with the story, but – what the hell, I will give Anderson a try!

You should do the same, and check the rest of this report.

Moonrise Kingdom is set on an island off the coast of New England in the 1960s and follows a young boy and girl falling in love. When they are moved to run away together, various factions of the town mobilize to search for them and the town is turned upside down – which might not be such a bad thing.

Jared Gilman and Kara Hayward play the young couple, while the rest of the cast includes Bruce Willis as the town sheriff, Edward Norton as a camp leader while Bill Murray and Frances McDormand portray the young girl’s parents. Tilda Swinton, Harvey Keitel and Jason Schwartzman are also part of this great cast.