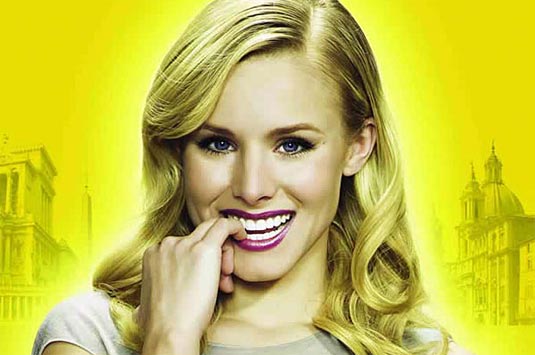 The poster for “When in Rome,” romantic comedy film, has just gone online. An ambitious young New Yorker (Kristen Bell), disillusioned with romance, takes a whirlwind trip to Rome where she defiantly plucks magic coins from a “foolish” fountain of love, inexplicably igniting the passion of an odd group of suitors: a sausage magnate (Danny DeVito), a street magician (Jon Heder), an adoring painter (Will Arnett) and a self-admiring model (Dax Shepard). But when a charming reporter (Josh Duhamel) pursues her with equal zest, how will she know if his love is the real thing? The film is directed by Mark Steven Johnson and co-written by Johnson, David Diamond and David Weissman. “When in Rome” is set to appear in theaters January 29th, 2010. 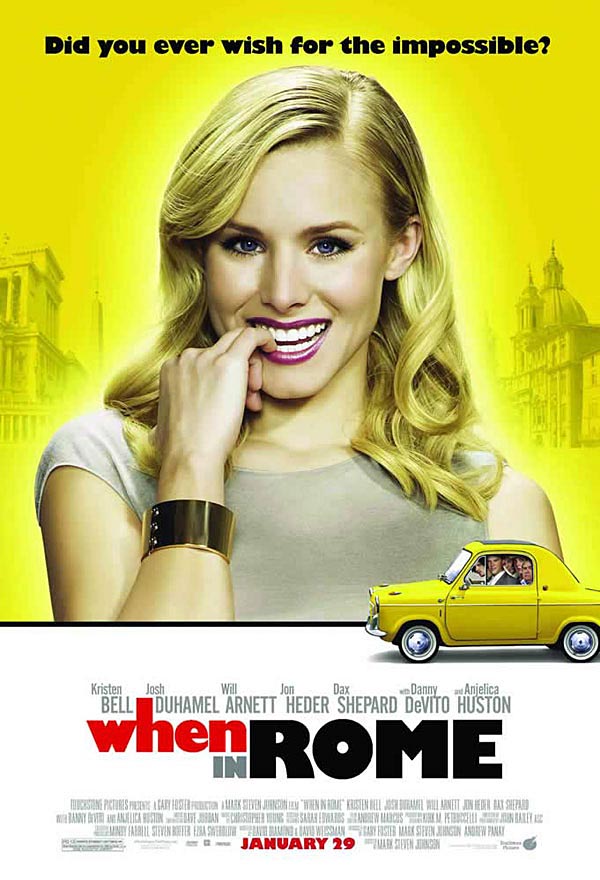 When in Rome poster
Continue Reading
Advertisement
You may also like...
Related Topics:Dax Shepard, Josh Duhamel, Kristen Bell, Mark Steven Johnson, When in Rome, Will Arnett