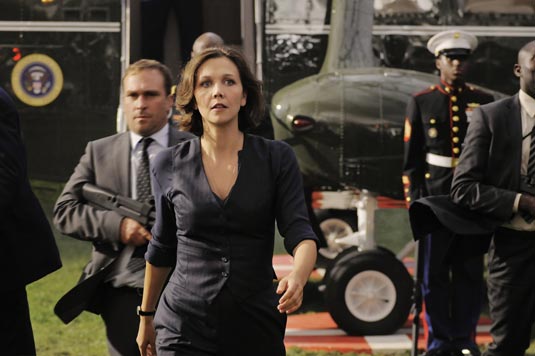 Director Roland Emmerich, of the upcoming action-thriller White House Down, and star Jamie Foxx asked their Twitter followers to help celebrate Channing Tatum‘s 33rd birthday today. Both the actor and director promised a behind-the-scenes photo with Channing Tatum if the #WhiteHouseDown hashtag was mentioned over 5,000 times. Within just a few hours, their goals were met, and these photos were released. Check out the photos, and don’t forget to wish Channing Tatum a happy birthday on his Twitter page:

Great job on the #WhiteHouseDown tweets! Your prize? A new shot of @channingtatum on set & scoop on the new trailer: twitter.com/rolandemmerich…