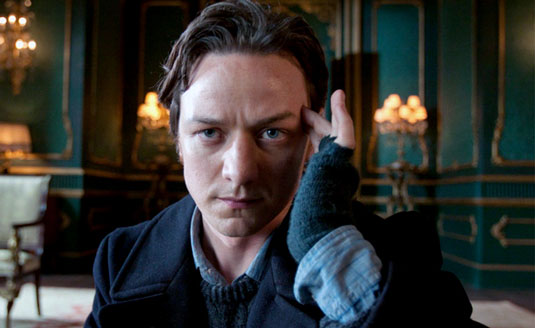 With Bryan Singer helming X-Men: Days of Future Past, the prospect of seeing both young and old versions of our favorite heroes in one movie is very exciting. However, as James McAvoy, who plays the young Charles Xavier, revealed earlier this week, he probably won’t be working directly with Patrick Stewart in the upcoming sequel: “It’ll be cool, but I don’t think we get any scenes together, sadly,” McAvoy told Empire. “I don’t think there’s any future self talking to past self.” Unlike many of his co-stars, McAvoy has been keeping a pretty low profile since X-Men: First Class. For him, though, that isn’t a problem. In fact, his role as Charles Xavier has already afforded him many great parts in smaller projects, like Welcome to the Punch. “Having an X-Men in your back pocket, which hopefully will go for three movies, it makes you go, ‘Right, it doesn’t matter if I make 14 films that nobody sees… because in two years’ time I’ll make another X-Men,'” he says. “Meanwhile, Fox are thinking, ‘Why isn’t this [frick]er out there building his profile so he can make us more money on the second X-Men?’ But that’s their fault for hiring me!” That said, it’s worth noting that McAvoy is currently eyeing the lead role in Relativity’s The Crow remake. X-Men: Days of Future Past is set for July 17th, 2014 release, and it also stars Hugh Jackman, Ellen Page, Ian McKellen, Nicholas Hoult, Michael Fassbender, Anna Paquin, Jennifer Lawrence, Peter Dinklage and others.