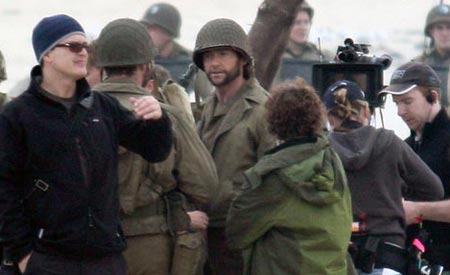 Here are the photos of “X-Men Origins: Wolverine” on the set (Bdlacksmiths Beach, Newcastle, NSW, Australia [Flickr1, Flickr2] which show us that they are shooting war scene. Scenes are obviously takes place during the Second World War. Leading up to the events of “X-Men,” the new spin-off movie tells the story of Wolverine’s epically violent and romantic past, his complex relationship with Victor Creed, and the ominous Weapon X program. Along the way, Wolverine encounters many mutants, both familiar and new, including surprise appearances by several legends of the X-Men universe. “X-Men Origins: Wolverine” is scheduled to hit theaters on May 1st, 2009. 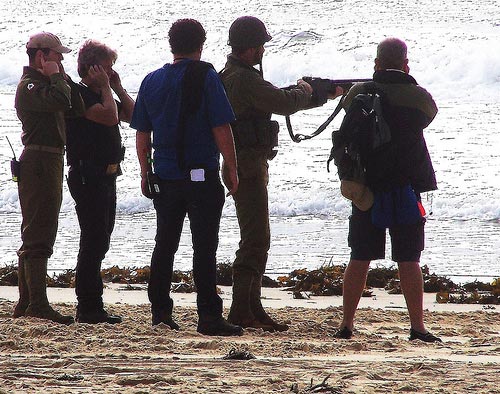