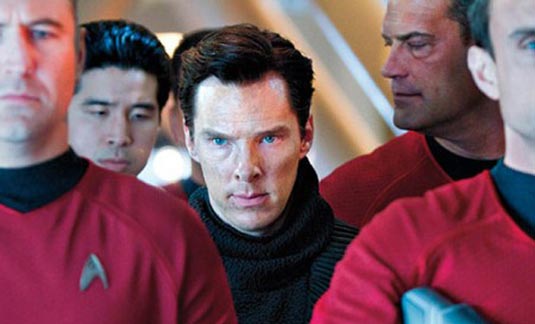 Writer Mike Johnson has confirmed that an epilogue to J.J. Abrams‘ Star Trek Into Darkness will be told in two upcoming issues of his ongoing Trek series for IDW. Hit the jump for more info. Speaking with Comic Book Resources at WonderCon 2013, Star Trek writer Mike Johnson revealed plans to tell an epilogue to Paramount’s upcoming blockbuster Star Trek Into Darkness in two issues of the IDW ongoing series this summer. Titled Star Trek: After Darkness, the story will take place several days after the end of the J.J. Abrams-directed sequel. Stellar Labs is handling art duties.

“The comic story picks up a few days after the movie ends, then jumps ahead about a week. The storyline addresses the fallout from both the film and the prequel miniseries ‘Countdown to Darkness’. The hope is that the prequel, the movie and the ongoing series tell one big epic story that continues into the months to come,” says Johnson.

Unfortunately, he can’t give much away,

He says that the themes are “Family. Duty. Wonder. Love. Lust. Xeno-geophysics,” and that “Sherlock Holmes” (Benedict Cumberbatch) isn’t in the story:

“I can tell you the story is being overseen by Bob Orci, the biggest and most knowledgeable ‘Trek’ fan among the movie’s writer/producers, so it’s as close to a seamless transition from movie to comic book as can be. Bob guides what direction the story takes and helps ensure it doesn’t veer too far from the direction established in the movie.”

Star Trek: After Darkness will be told in this summer’s Star Trek #21 and #22, the covers for which you can see below. Star Trek Into Darkness hits the theaters May 17th, 2013. 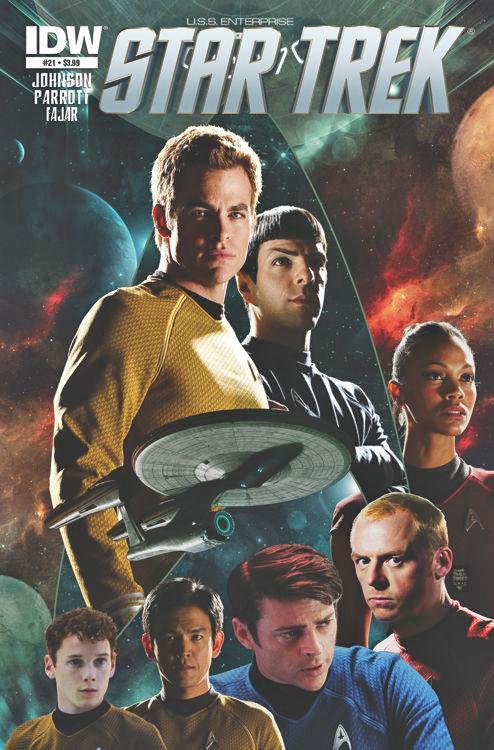