When you make a movie described as “a wonderful love letter to Paris,” then it’s quite logical that your movie should open the Cannes Film Festival, right? Well, that’s exactly the thing with Woody Allen‘s newest Midnight in Paris, and we’re here today to announce that the movie will open the 64th Cannes Film Festival on May 11th, 2011. Just in case you have any doubts, this is Allen’s first time opening the festival. It’s unbelievable, I know, especially because it will be director’s second consecutive trip to the Croisette after You Will Meet a Tall Dark Stranger and even and tenth overall. By the way, Midnight in Paris is the sixth English-language title in a row to open Cannes. Ridley Scott’s Robin Hood opened the festival last year, then we had Pixar/Disney 3-D animated Up in 2009, then Fernando Meirelles’ Blindness in 2008, Wong Kar-wai’s My Blueberry Nights and Ron Howard’s The Da Vinci Code in 2006. You probably remember the story, but let us remind you that Midnight in Paris is “a romantic comedy about a family traveling to the French capital for business: The party includes a young engaged couple forced to confront the illusion that a life different from their own is better.” Movie stars Kathy Bates, Adrien Brody, Carla Bruni, Marion Cotillard, Rachel McAdams, Michael Sheen and Owen Wilson. Midnight in Paris is produced by Letty Aronson, Steve Tenenbaum, and Jaume Roures, and financed by Mediapro, the Spain-based company which also funded Vicky Christina Barcelona and You Will Meet a Tall Dark Stranger, and it will be released in the U.S. via Sony Pictures Classics. Amusez-vous, Allen! 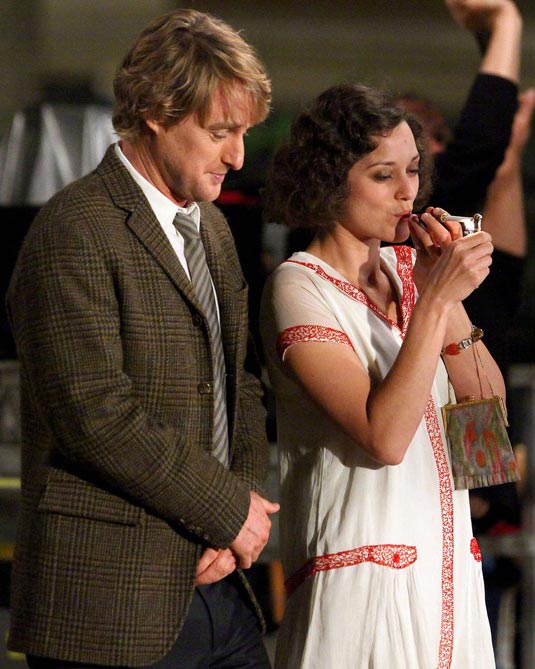